Wipeout was one of the first games I shoved inside my original PlayStation, and the one that perhaps represented the revolutionary console the best, with its sexy future-cities and supersonic bullet cars. It was fast and pretty and reeked of coolness. It never came to PC, lamentably, but one of its descendants, Switch Galaxy Ultra, is set to make the move from PS4 to PC this month.

With its hyper-fast cars rushing past futuristic backdrops, many designed by Wipeout co-creator Jim Bowers, it’s hard not to see the similarities, but Switch Galaxy Ultra is more endless runner than racing game.Track-bound vehicles that look, essentially, like slick spaceships, are launched across space, avoiding obstacles and enemies as they jump between different tracks.

Expect 55 levels, along with a story mode and an infinite survival mode, that you’ll be able to speed through in six different, upgradeable vehicles. It’s a fast ride, but developer Atomicon promises simple, reflex based controls.

Here, have some pretty screenshots. 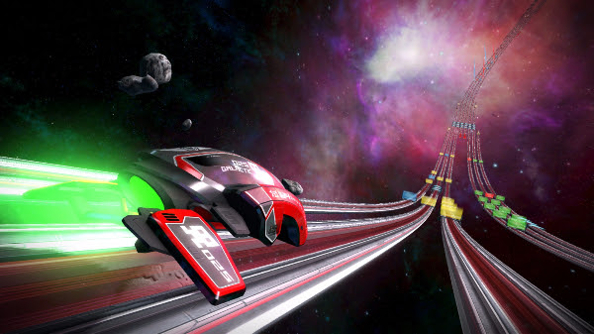 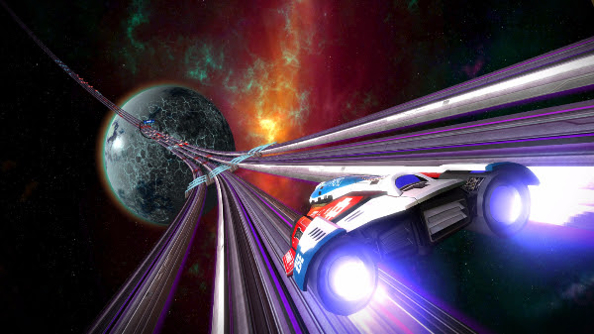 Switch Galaxy Ultra is due out on November 20th.