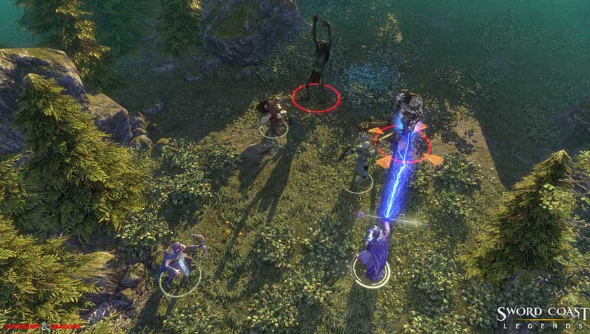 Developer n-Space has issued a statement to announce that Sword Coast Legends has been delayed by a few weeks. Originally due September 8th, it will now release September 29th.

“We’re extremely excited to show everyone what we’ve been up to with Sword Coast Legends, but it looks like our dungeon bosses need a few more hit points, Larethar needs even more of a Scottish accent, and the game itself could use a touch ‘more cowbell,’” said president Dan Tudge in the statement.

“Our fans deserve nothing less than whatever it takes on our part to deliver the compelling roleplaying dynamic of Dungeons & Dragons tabletop to the world of cooperative multiplayer video games. If that means the game needs a few additional weeks of balancing, tuning and general polish – so be it.”

If you’re willing to pre-order Sword Coast Legends, you’ll be provided with the first DLC pack – Rage of Demons – for free, as well as a head start early access period before the official launch.

Delays are always upsetting, but considering we live in a world of constant disappointment when it comes to the state of games at launch, it’s better to accept a delay should it lead to a better product. And since we think Sword Coast Legends is actually going to be pretty darn good, we’re happy to hold tight.