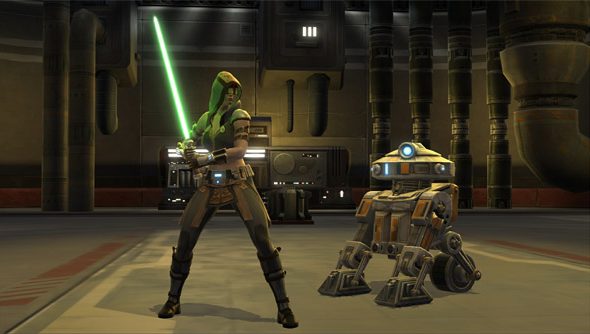 Newly-appointed BioWare Austin GM Matthew Bromberg must be a lot of things, but without so much of a glimpse at his CV we can deduce that ‘self-assured to the point of bravado’ isn’t one of them. When asked whether he was convinced The Old Republic’s free-to-play model would bring in the new player blood it’s so thirsty for, he simply replied: “I don’t know.”

“My primary intention is to make as many people play this beautiful game that we’ve made [as possible],” Bromberg told CVG. “It just so happens that the business will naturally grow as more people come to play the game, but we’re not trying to squeeze every single penny out of it.”

Bromberg hopes that subscriber numbers won’t drop too dramatically, and that the game can function long-term with a two-tiered playerbase: “A lot of other games that have moved from subscription to hybrid haven’t lost as many customers as you might think, in fact a lot of them have gained subscribers.”

“We do think the numbers will grow steadily but we’re not looking for some enormous surge on day one,” he added.