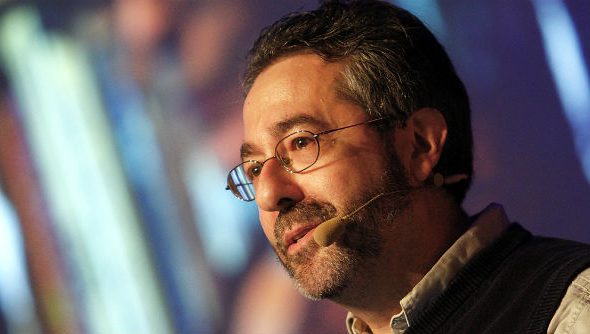 Otherside Entertainment studio director and creator of Deus Ex, Warren Spector, has opened up on how the story in System Shock 3 will play out. Obviously, there will be some light spoilers for setting and characters below.

System Shock 3 is probably a while off, but our list of upcoming PC games is looming over 2016.

Speaking to Polygon, Spector explained how System Shock 2’s rogue AI, SHODAN, would play a pivotal role in the upcoming sequel, but maybe in a way you aren’t anticipating.

“She’ll be at the centre of the game,” Spector said, “but I also want to put her through some changes. [It’s] going to be interesting and different from what people expect. I expect it will infuriate some people but definitely get people talking.”

Hmm, interesting. Theories below, please. Maybe she’s had a change of heart. Robots have hearts, right?

The game will take place in 2114, around the same time as System Shock 2, so expect a cyberpunk level of futuristic tech that’s mostly grounded in realism. You’ll even visit some real locations, though Spector hasn’t confirmed what these will be.

“We are going to be picking up all of the loose threads of System Shock 2,” Spector explained. “There are a lot of questions that went unanswered in those first two games and we have an obligation to fans to fill in the blanks.”

Otherside Entertainment have recently been recruiting videogame veterans, so they hopefully have the strongest team possible for the task. Let’s just hope it can live up to the massive expectations series fans will have.