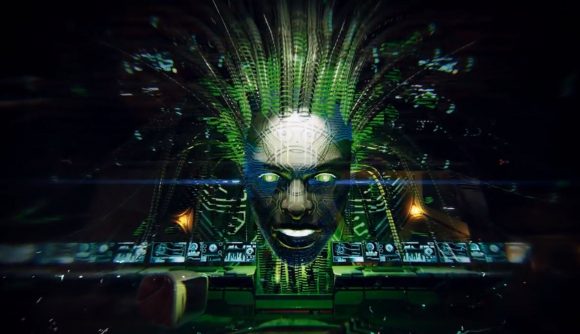 Tencent, the China-based parent company of League of Legends dev Riot Games, is taking the helm of the System Shock series, it seems. A System Shock 3 has been in the works for a while, but in recent months it’s not been clear if it’s still in development. However, OtherSide Entertainment has announced Tencent’s going to be taking the action-RPG games series “forward”.

That’s according to two tweets posted by the developer, the first of which announces: “We are happy to announce that Tencent will be taking the System Shock franchise forward”.

“As a smaller indie studio,” the second post reads, “it had been challenging for us to carry the project on our own. We believe Tencent’s deep capabilities and expertise as a leading game company will bring the franchise to new heights.” This appears to confirm a recent report by VGC that the ownership of the upcoming FPS game’s website – along with a System Shock 4 domain – had been transferred from OtherSide to Tencent.

However, NightDive Studio CEO Stephen Kick has tweeted that “NightDive owns the System Shock franchise and IP”, so it’s not clear exactly what role Tencent will be playing with regard to the future of the System Shock series, or which specific title(s) it might be working on or taking forward. We’ve reached out to OtherSide for comment and will update this story with any new information.

The third title in the long-running System Shock series has had a bit of a rocky journey so far, with its development impacted by financial troubles at publisher Starbreeze, which sold the rights to System Shock 3 back to OtherSide in 2019.

1/2 We are happy to announce that Tencent will be taking the #SystemShock franchise forward.

2/2 As a smaller Indie studio, it had been challenging for us to carry the project on our own. We believe Tencent's deep capabilities and expertise as a leading game company will bring the franchise to new heights.

Earlier this year, it also appeared System Shock 3 development was possibly cancelled based on an anonymous post from a reported former dev who claimed to have worked on the game. However, now the System Shock series appears to have found a new home, hopefully we’ll see news emerge of a System Shock 3 in the not-too-distant future.