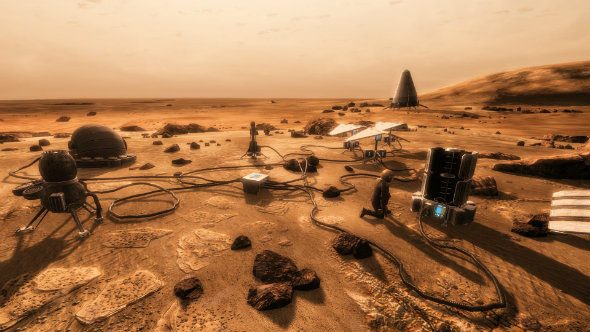 It’s taken four long years since being announced at E3 in 2013, but the Martian survival simulator Take on Mars has finally left Early Access, and is go for launch. It’s now ready to buy for the full price of $26.99, which is a darned site cheaper than the billions it’s going to take NASA and other companies to do the real Mars mission by 2030.

If the prospect of surviving on the red sands of Mars’ deserts is a little daunting, perhaps some of these Earthly survival games might be more to your liking?

Currently the game is getting rather mixed reviews based on the Steam store, with 686 positive reviews and 352 negatives. However, many of the less favourable comments revolve around technical issues with the game, such as it not even starting, so hopefully the full release means most of these bugs have been squashed.

If you’ve not taken the Early Access plunge but feel like now is in fact the time in your life when you are ready to, y’know, take on Mars, then we’ve even provided a handy link for you.