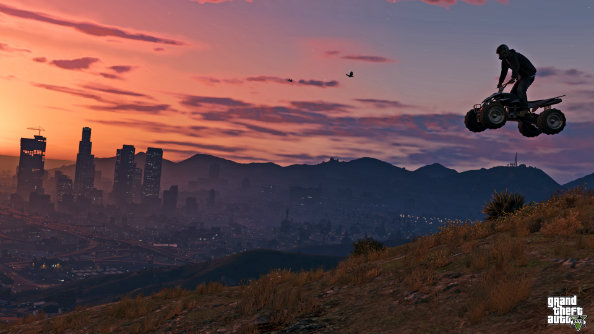 The CEO of Rockstar’s parent company, Take-Two, has spoken out against VR, claiming there’s no market for the devices currently.

If you have a VR headset, which you probably don’t, why not check out our list of the best VR games.

“It’s way too expensive right now,” Zelnick told attendees at the Cowen and Company Technology, Media & Telecom Conference, via Gamespot. “There is no market for a $2000 entertainment device that requires you to dedicate a room to the activity.

“I don’t know what people could be thinking. Maybe some of the people in this room have a room to dedicate to an entertainment activity, but back here in the real world? That’s not what we have in America.

“We have like $300 to spend on an entertainment device and we do not have a dedicated room. We don’t have something where you stand in a big open space and hold two controllers with something on your head – and not crash into the coffee table. We don’t have that.”

This comment sits in contrast to the view of a developer at Eve creators CCP, who recently told us enthusiasts will make the effort for VR.

“Everyday people do an enormous number of ridiculously complex and difficult things just to get through their day. Like cooking – that requires an entire room in your house and a special machine to keep things cold; and then you’ve gotta have this thing that makes these super-hot surfaces,” said Adam Kraver, architect programmer on Project Arena for CCP, during Eve Fanfest.

Perhaps Zelnick will feel differently once the tech advances over the next few years.