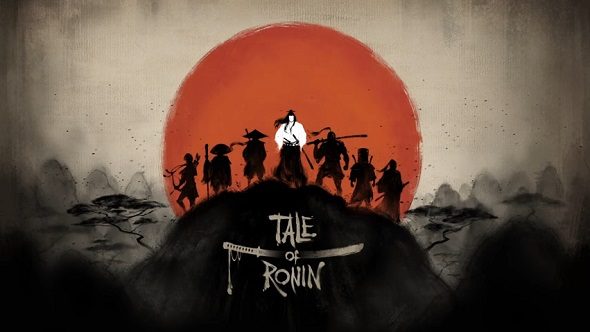 Known mainly for their mobile releases, Dead Mage have announced their latest project for PC, titled Tale of Ronin. Casting players as a wandering samurai, you will join together with other ronin, completing tasks and fighting other masterless warriors as you journey across Japan.

For more role playing fun, take a look through these great PC RPGs.

Most similar to a game like Banner Saga, you start off as a singular ronin with other samurai becoming members of your cause along the way. Similar to the emergent quests in Banner Saga, you will stumble across places and people in need of assistance, as well as other ronin who may join you.

The focus in Tale of Ronin is more on the personal tales of individual men and how these disgraced samurai find meaning in life, despite having the crippling dishonour of not having a master. Your supporting ronin are not caricatures or wacky stereotypes however, Dead Mage are making sure that each ronin seems like a believable character that may have existed during the age of samurai.

Exploration in Tale of Ronin is up to you, as you try to forge some kind of honourable path through life. Wandering around will eventually lead to you fighting against bandits or even other samurai, with Tale of Ronin’s combat having up to three party members fighting each other at the same time. It is a turn based system, with players deciding each of their samurai’s attacks before engaging in battle. You’ll have to keep track of each combatant during a battle, as fighting can grow fierce as samurai cling onto life. While bloody, don’t expect over the top super moves in Tale of Ronin as Dead Mage are trying to stay true to the “way of the katana.”

Tale of Ronin pays homage to traditional Japanese art through its use of the minimalistic sumi-e art style, which uses an ink brush and a muted colour palette. The results are quite striking so far, with Tale of Ronin looking suitably sombre for a game about disgraced samurai trying to find purpose.

Dead Mage are projecting a 2017 launch for Tale of Ronin, so keep an eye for a band of travelling samurai approaching Steam in the not too distant future.