A young hero on a quest is the classic start to any fantasy game story. Sprinkle in charming characters, dense worldbuilding, a ragtag group of friends, and tactical combat – then you have the beginnings of a great JRPG. On PC we’re blessed that many of the best JRPGs have not only made it to the West but have also sprouted up on Steam, even if we had to wait a few years after their initial release. Thankfully, we JRPG fans are a patient lot.

One of the greatest tests of our patience has been Tales of Vesperia, now finally on its way ten years after its console release. Vesperia tells the tale of Yuri Lowell, an ex-soldier who has gathered a guild of allies named the Brave Esperia.

Due to the depleting energy resources of the land of Terca Lumireis, everyone is out for themselves – and the group will meet many different factions, good and evil, who have their own strongly-held opinion on what to do about the problem.

Namco already has several of the Tales games available to play on Steam and soon the shiny new definitive edition of Vesperia will join them. If you really want to dig into the series then you’ll should probably start out by playing one of the other more modern titles on PC. The Tales series in general is also not the easiest introduction to JRPGs, so it’d be a great idea to try out some more accessible titles if you’re a newbie to the genre. With that in mind check out the games like Tales of Vesperia we have for you below. 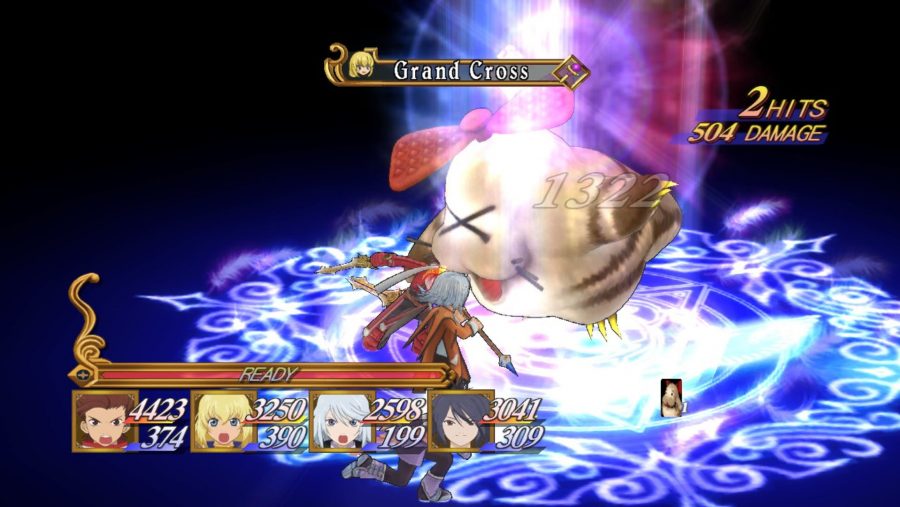 If you’re just getting into the Tales series then, besides Vesperia, Tales of Symphonia is the highlight. It has held its own since it was first released back in 2003 for the GameCube and still stands as a great introduction.

Tales of Symphonia follows the journey of Lloyd and Genis as they accompany a girl named Colette, who has hopes of replenishing the world with mana (for, without mana, how will the locals play Hearthstone?). The party must travel to different temples, which Colette needs to unseal.

Symphonia developed the tight, real-time combat system that the Tales games are known for, as well as integrating a huge selection of techniques, spells, and attacks. Combine that with its sumptuous art and you have one of the best anime games on PC. 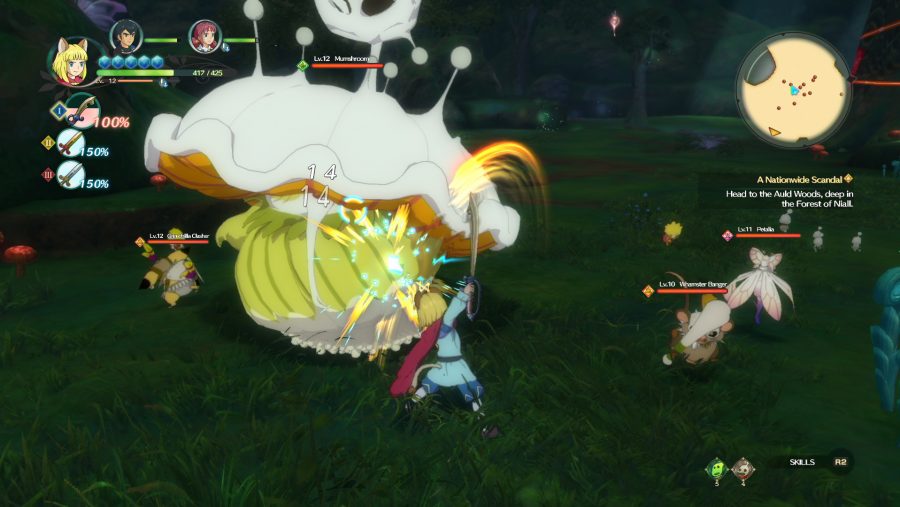 Even though Studio Ghibli’s beautiful cutscenes have been dropped since the first game, developer Level-5 certainly took an exquisitely detailed leaf out of the animation house’s book for the sequel. The visuals in Ni No Kuni 2 are spectacular. It spins a colourful, whimsical world where cities are named after nursery rhymes and populated by talking animal characters. Just like the first game, however, Ni No Kuni 2 brings the action and drama that saves it from being too sweet.

This sequel takes place in the kingdom of Ding Dong Dell, where the young Evan Pettiwhisker Tildrum – amazing name, I know – is next in line for the throne after the death of his father. The game uses a similar battle system to Tales of Vesperia, so you should feel right at home with its style of combat if you’re familiar with it. Ni No Kuni 2 also has a unique city-building tool, where you can help manage the work forces for Evan’s kingdom – a nice touch. 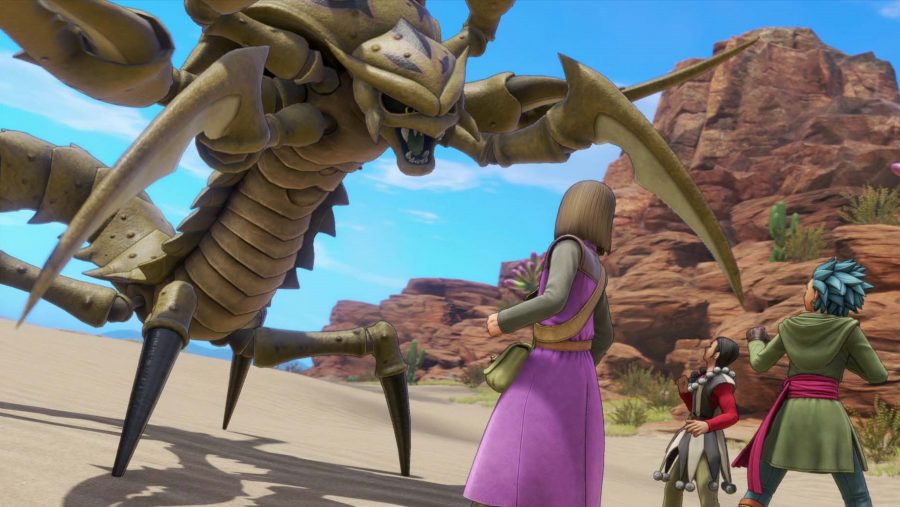 If you love Tales of Vesperia’s detailed world, then you’ll be very happy in Dragon Quest XI’s Edrea. Akira Toryama’s bold character designs and colourful visuals have been revamped for the big screen and really make the game shine. The Dragon Quest games are a staple in the JRPG genre for their epic stories, fun battles, and quirky characters.

This one has a solid turn-based combat system and a rich story-driven adventure complete with a full cast of voice actors – the first in any Dragon Quest game. 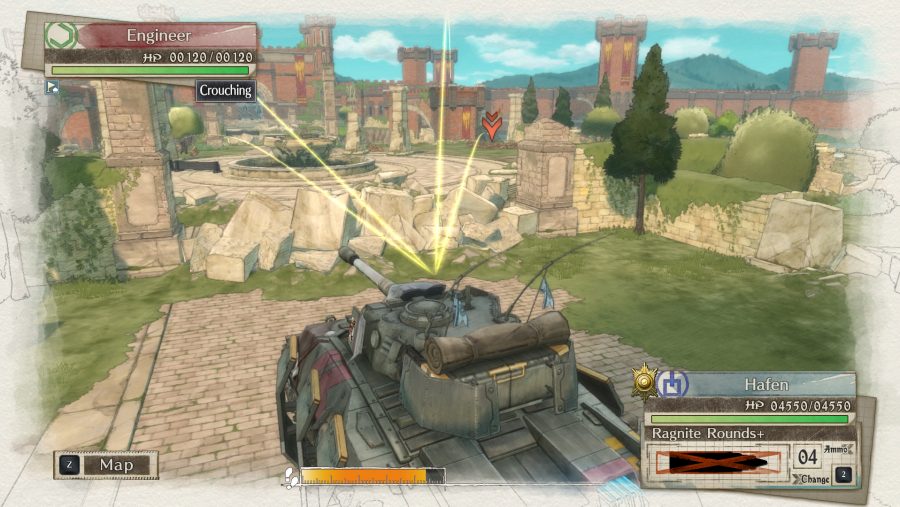 Fantasy RPGs are great, but what about going to battle with tanks instead of swords? The Valkyria Chronicles series steps halfway into reality by tackling the themes of (relatively) modern war and its impact on soldiers. Although the genre and setting is different to that of Tales of Vesperia, it keeps the same anime aesthetics and band-of-brothers mentality.

Valkyria Chronicles 4 tells the story of Commander Claude Wallace and his companions in Squad E of the Federation, as they try and survive the fallout of war. It has turn-based combat reminiscent of a third-person XCOM, giving you time to strategise on the battlefield. 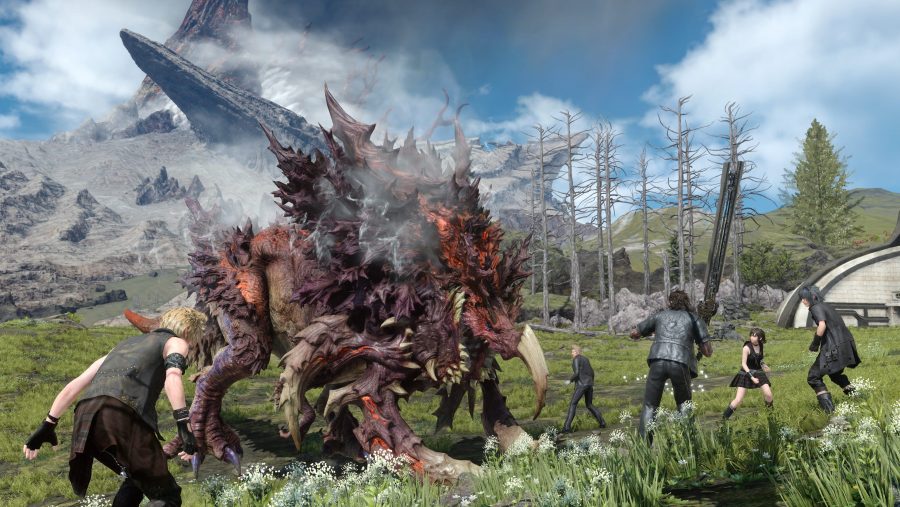 Like Tales of Vesperia, Final Fantasy XV has some of the most memorable characters in JRPGs. As you road trip across its detailed open world, you get to learn more about the characters – namely how well-written and fleshed-out they are. It’s the quietest moments, when the boys are in the car coasting along the tarmac, that speak the loudest.

Read more: Check out our list of the best RPGs on PC

The combat system is slightly different than Vesperia in that it gives you more freedom to somersault around but fighting big monsters and decimating giant enemies feels all the same. The story of FFXV is a little messy and deciphering it will take historians years, but it shares the same carefully crafted feel that Vesperia has in both its world and its characters. 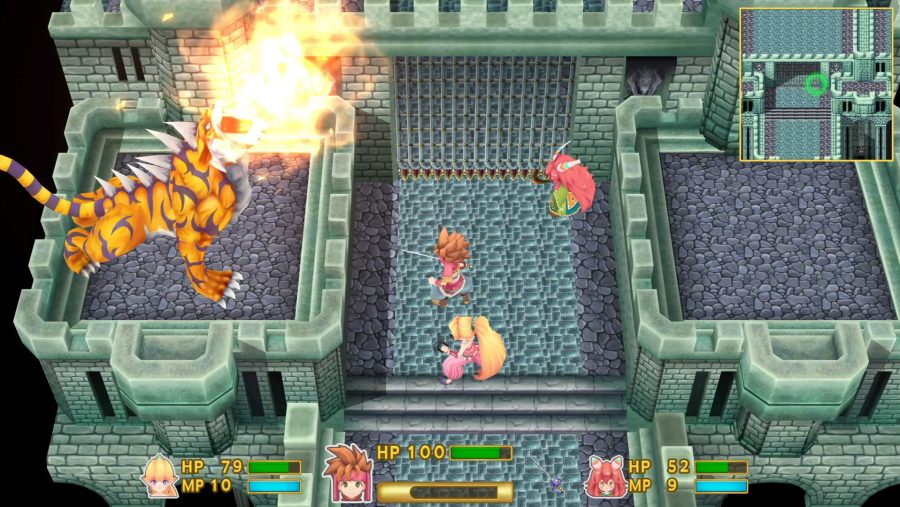 A remake of the classic 1993 game, Secret of Mana has had a beautiful 3D glow up for its arrival on PC. The story focuses on Randi, who accidentally releases a horde of monsters into his village when he pulls a mysterious sword from a lake. After being banished from his village for this mistake, Randi decides to re-energise the sword by visiting the eight Mana Temples along with his two friends, the sharp-eyed archer Primm and the mischievous Popor.

The remake sticks close to the source material, keeping true to the original game’s real-time combat and its unique three-player mode – in which Randi, Primm, and Popor all become protagonists. Chibi-like visuals and a remastered soundtrack breathe new life into an old but treasured JRPG. 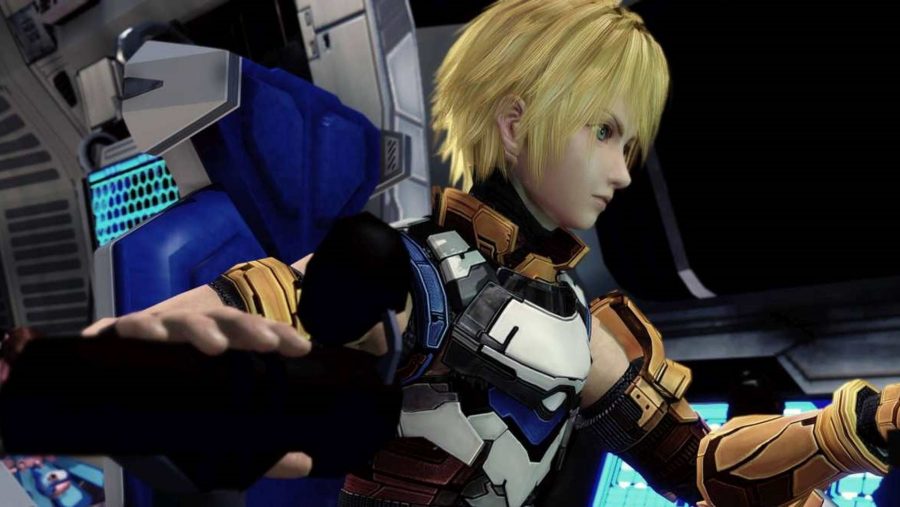 It’s certainly not for everyone, but if you’re strictly looking for a game that shares similarities with Vesperia then Star Ocean: The Last Hope could be for you. Created by a group developers who previously worked on Tales of Phantasia, it shares a nearly identical combat system and game structure to the Tales series.

Star Ocean: The Last Hope vacuum-seals ideas from fantasy RPGs and blasts them into outer space. The story follows space captain Edge and his crew as they battle evil beings called the Grigori on their spaceship, the SRF-003 Calnus. 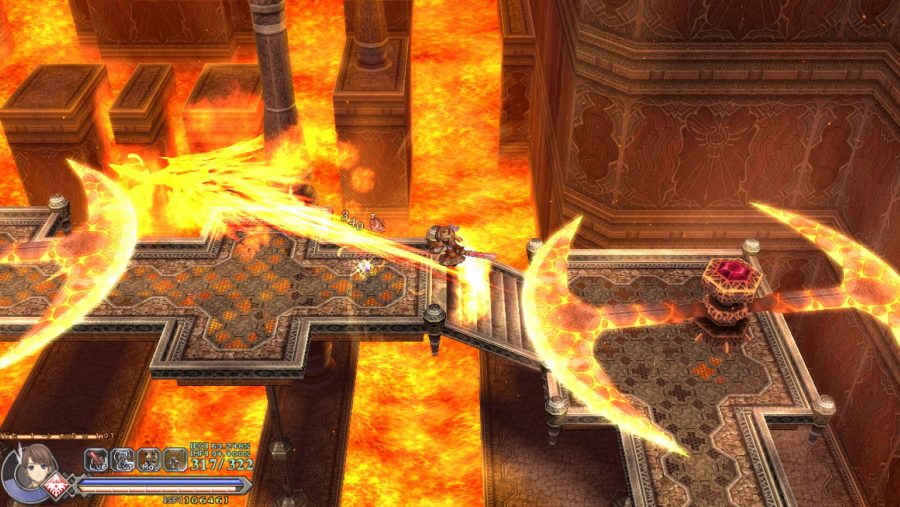 A JRPG that was released on PC back in 2006, in the days when that made it the exception, Ys Origin is focused on puzzles, battles, and platforming elements.

It steps away from Vesperia in that the story is cut between the three main characters – only after completing the game with each character will you understand different aspects of the overall interlinking story. But the battle system is real-time action as it is in Tales, but with each playthrough the plot and character playstyle change completely.

A party compiled of the best warriors, knights, and sorcerers in the land have been brought together to find and secure the safety of the twin goddesses Reah and Feena. A further deviation from Tales is that this is an RPG combined with a dungeon crawl, as you’ll be battling enemies that lie within the menacing Devil’s Tower, but it’s a treasured JRPG just like the Tales series and one any fan of the genre should check out.