There’s a lot of nostalgia for the old 3D action platformer days of the Nintendo 64, and Tamarin is certainly a nod in that direction. It’s a game about a tamarin monkey and its family, and it’s being developed by Chameleon Games, a studio that includes some Rare veterans.

In real life, tamarins are squirrel-sized New World monkeys who hang around in trees generally having a good time. Here, they’re possibly even cuter, with big fuzzy bobble heads and charming little smiles. They run around, explore, collecting berries and flowers in a sun-dappled world of streams and trees and friendly porcupines.

Things take a dark turn about midway through the new trailer, however. The on-screen text reads “Save your family,” and we’re left to wonder “save them from what, exactly?” as the shot switches to our little tamarin friend sitting morosely outside a burning house.

Tamarin may not be quite as cute as it initially seems at all, in fact. After the splash screen showing the title and key art, there’s more footage.

Here, see for yourself. 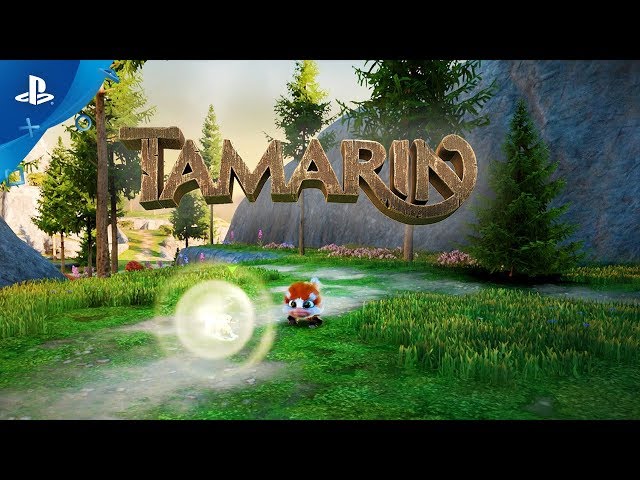 Bugs appear, wearing mean-looking expressions and hefting firearms. Our new tamarin friend is seen talking to a porcupine, who asks “Would you like to buy a machine gun for 10 insect tokens?”

Yes, we would like to buy a machine gun, but how did this little porcupine get into the black market arms business? Wasn’t this supposed to be a cute little 3D platformer?

As it turns out, Tamarin also incorporates third-person shooter mechanics, and there are multiple ways to deal with this bug problem – one of which being, “shoot them in their bug faces.”

Tamarin is expected to launch by the end of the year. You can find it over on Steam.