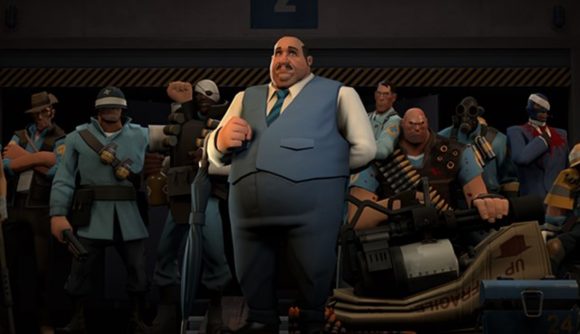 If you have a particular nostalgia for late-2000s online multiplayer, specifically the first couple of years Team Fortress 2 was around, then you’re in luck. Team Fortress 2 Classic is a mod that reverts the FPS game back to its 2008 form, along with a bunch of other content in the spirit of that early time in the multiplayer game‘s lifespan.

As described in the official blog, Team Fortress 2 Classic is a “re-imagining of the 2008-2009 era of the original Team Fortress 2, of which is what we consider the ‘Classic Era’, featuring old features that were scrapped and worked upon, or new content such as new weapons and gamemodes”. New modes are VIP, in which a team has to defend the designated Civilian, and Domination, a riff on King of the Hill. They’re available alongside time-honored modes like Capture the Flag and Special Delivery.

The mod adds two more colours to the mix, green and yellow, in addition to red and blue, and some specific maps for the four-sided action, though all gamemodes support having teams in all four corners. Developer Eminoma states this is viewed as a casual mod, but Highlander, a competitive form of Team Fortress 2, is supported, if you want to get serious about it. The only notable omission is Deathmatch, which has become its own standalone project, Team Deathmatch Classic, from Compucolor Pictures.

Given that Team Fortress itself started as a Quake mod in 1996, before becoming a full game developed and published by Valve, this is a fitting addition to the series. You can find the download link and instructions on installing it here. It launched with a day one update, Death and Taxes, and you can find a full list of everything included here.

The contemporary version of Team Fortress 2’s been getting some updates, too, to deal with racist bots. If you’re pining for more mid-2000s memories, there’s a documentary on the way about that picture of a gamer duct-taped to the ceiling.