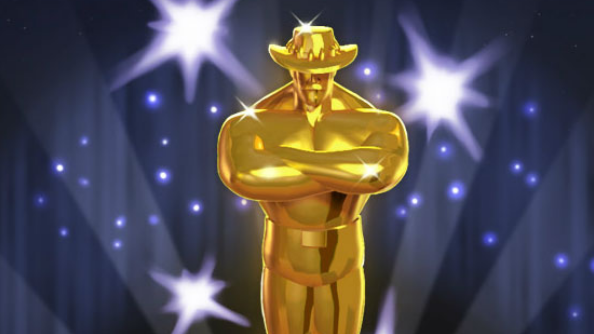 Every year Valve celebrate the best of Source Filmmaker, and my goodness, that best is very good indeed. Expect unfettered ambition, shrunken Spies, and more than one sentient sandvich.

TF2 footage given you the itch? Play one of the best first-person shooters on PC.

The winner in the Action category is Micro-Mann, which re-scales the Spy to Rudd-like effect. While its star works alone, the short was a three-man effort:

In a scene dominated by new takes on TF2 assets, it’s lovely to see a Dota 2 short win the Drama category. Together We Stand replaces the MOBA’s rather basic backdrops with lush landscapes, embedding familiar heroes in spectacular, melodramatic vignettes.

The sub-minute Short award goes to A Dang Good Cop, the “first and only film starring Mikhail Weaponsguy before he was recruited by Mann Co.”, which indulges the TF2 community’s sandvich fetishisation and offers some deft direction.

And honoured in the Extended category is It’s Play Time, a real team effort that sends baby Heavy, Demo and Scout off on an adorable adventure to find the key for a toy chest for five minutes.

Overall Winner went to another extended entry, however: high concept Boeing race Turbulence, which pits rival TF2 class airlines against each other. The sheer ambition on show is undeniable.

But which was your favourite? You can watch all the nominees on the Saxxy site.