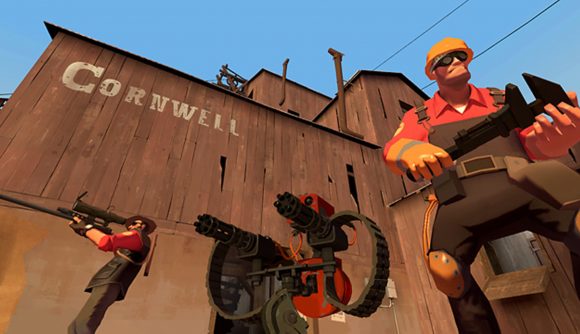 Unexpectedly, the haul of the new tweaks doesn’t end there for the somewhat forgotten, old PC game. Team Fortress 2’s Mannpower mode has also received a bevvy of fixes, from gameplay balancing and changes to map tweaks, too. The patch also introduces more support for Steam Text Filtering for persona names and chat, which is enabled by default. Hopefully, this will prove helpful as Valve has been tackling the game’s racist bot issue for some time now, so it should be easier to avoid them.

TF2’s bots, however, still seem to be causing a nuisance. According to SteamDB, the multiplayer game peaked at 131,300 players last night following the update. It makes for pleasant reading, but players doubt how many real people make up that figure. We can all but hope.

Team Fortress 2’s future could be looking a tad brighter, however. Given Left 4 Dead 2’s recent community-led update and this one right here, Valve could be putting more creative power into the hands of its players.

There’s plenty of creativity in the TF2 community, too, with some even creating a mod to bring the game back to its 2008 state called Team Fortress 2 Classic as one recent example.

If you’re curious about the upcoming PC games on the autumn horizon, you know where to click.