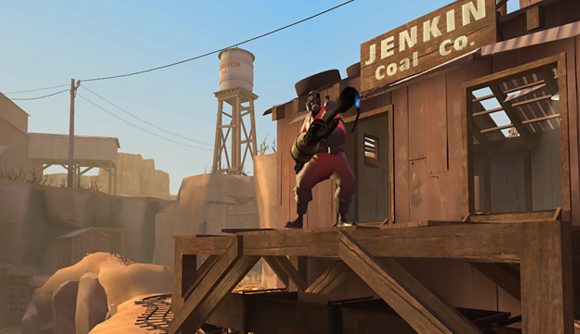 Valve has issued an update for Team Fortress 2 that will make it harder for players to harass others, and easier for people to report and kick toxic teammates and opponents. The patch comes amid Valve working to curb the toxicity, including a racist bot problem, that’s troubled the FPS game‘s community of late.

As seen in the patch notes, there’s two features in particular that should help quash any latent toxicity in matches. The first is that accounts that aren’t able to chat can no longer send voice messages, and the second is that anyone who doesn’t vote during the kick process will be seen as an automatic yes if the target has already left the server.

The ability to turn voice and text chat on and off came in an update earlier this month to deal with bots that were invading matches and spamming the chat with racist language. That same update added more information to the report player dialogue, which has gotten another touch up here to add the matchmaking badge and time connected. Mute player dialogue will now include the same dialogue as report player, too.

This is the first time in a while that Team Fortress 2 has had robust updates in quick succession. The multiplayer game‘s support team isn’t massive these days, according to Valve.

Valve isn’t the only studio rolling out measures to keep its communities safe – EA Sports and Infinity Ward are doing similar to allow players protect themselves from bigotry in online play.