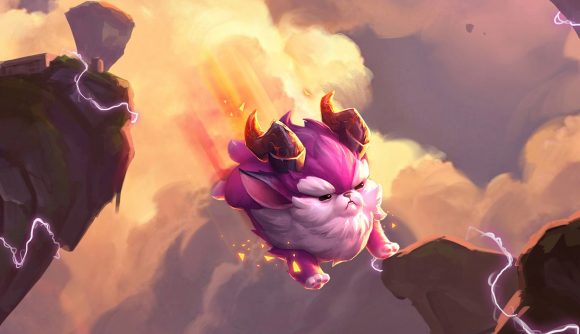 Teamfight Tactics is still going strong in the great autobattler war of 2019, but one of the most consistent complaints players have had from the start is that item drops are just too random. Earlier this week, Riot said that it did have plans to fix those issues, and now potential changes have arrived on the game’s testing server.

According to Dot Esports, Teamfight Tactics’ current PBE build features a couple of new features which should help alleviate the RNG attached to the way players earn items in-game.

After the second minion round at the beginning of the game, players will come up against Gromps, which will attack quickly at first, before slowing down as the battle progresses. From this point onwards, at least one item is guaranteed to drop – the strongest creature in the fight will offer a reward whenever it’s killed, with the potential for more items to drop from other AI monsters.

To improve your odds even more, Dragons – which act as challenging late-game PvE encounters – will always drop completed items. To keep things even, however, minions that are guaranteed to drop items are now buffed, heading into battle with either Dragon’s Claw, Red Buff, or a Guardian Angel.

All-in-all, I’m in favour of these changes. There’s still some of the RNG element that is central to the autobattler genre as a whole, but you’re less likely to feel as though you’ve been entirely left behind if you don’t get anything out of the first few rounds.

Given that these changes are on the PBE, they’re unlikely to launch until League of Legends patch 9.14 arrives later this month. In the meantime, check out our guides to Teamfight Tactics classes or Teamfight Tactics recipes if you’re looking to improve your game. There are plenty of ways to improve your game even if you can’t exercise much control over your item drops just yet.