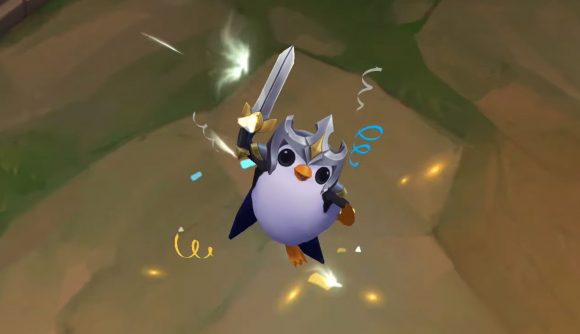 I’ve enjoyed Teamfight Tactics a lot in my short time with it, but two things have irked me. The first are those moments you realise you’ve spent all your gold re-rolling the store, desperately trying to get that last champion you need from, and the second is my apparent inability to remember a single item combo.

Thankfully, both of those issues look likely to become a thing of the past, thanks to a new add-on from TFTactics (via Dot Esports), a popular item and champion composition-building website for Riot’s autobattler.

The tool will open as soon as you start a game of Teamfight Tactics, and provides an in-game item cheat sheet, which means I won’t have to waste precious seconds by checking my phone in-between rounds in an attempt to figure out the Teamfight Tactics recipes I need. The add-on also provides advice on team comps, and lists champion stats so you can figure out the pros and cons of each potential pick.

Most useful, however, is the game’s real-time chance tracker. Instead of wasting money (and sanity) by endlessly re-rolling the shop in an attempt to upgrade that pivotal second-tier character, the tool will tell you how likely you are to pick up a specific champion.

I suppose you could argue that that might offer a slight competitive advantage, but for the most part, I feel like the add-on is providing more in the way of Quality of Life assistance than any meaningful bonus – after all, the best players should be aware of the champions that their opponents have on both their boards and their bench. For the rest of us, however, it might make getting those first place finishes just a little easier.