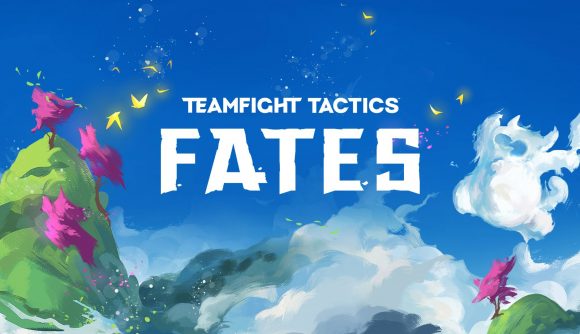 Buckle up, Teamfight Tactics fans – there’s a big treat in store, and soon. Riot Games has announced the autobattler’s Set Four, which will usher in a new ranked season, roster of Champions and traits “based on the mythical fantasy skinlines of League of Legends”, as well as some shiny new personalisation options and gameplay changes – Teamfight Tactics: Fates. Want a clue as to what’s in store? Think dragons.

Teamfight Tactics: Fates will launch with a new roster of 58 Champs featuring new origins and classes, in addition to a “new set mechanic” and new items, Riot Games announces in a press release. It’s not clear what these might be just yet, but given the Set is due to arrive with TFT patch 10.19 – so, mid-next month – it can’t be long before we hear more.

The Fates update will also bring the “Fates Pass and Fates Pass+ (free and paid progression-based features that allow players to unlock personalisation content as they play games)”, Riot says, as well as personalised animations for damage called “Fates Booms”, and a brand-new selection of themed Little Legends – the theme being dragons (see?).

Lastly, Fates adds some new ways to upgrade your Little Legends, a bunch of Ranked regards from previous Sets, and, of course, a new season of Ranked to sink your teeth into. Lovely.

Here's a little taste of what's to come:

“Ever since the Featherknights have had beaks to go ‘Wah!’ and ears to listen, their songs have told of a secret realm between our world and the next,” Riot teases on the multiplayer game’s site. “One of deep magic, where stars plop down from the sky and the land takes on a life of its own.

“Small (but still very fearsome) dragons with the power of storm and shadow lead great armies to defend this otherworldly plane. The largest and roundest of their kind have even been known to swallow whole worlds in a single gulp.” And, it is said, “greatness awaits those brave enough to fight alongside these beasts. So gods and mortals alike -from splendid Divines to Tormented villains, from kind Spirits to dreadful Phantasms – come from far and wide to seek their Fortunes as the dragons’ Chosen”. Gulp.

The Teamfight Tactics Fates release date is Wednesday, September 16, 2020 – or thereabouts – going by the League of Legends 2020 patch schedule (which TFT also follows), so get ready for Teamfight Tactics Set Four next month.