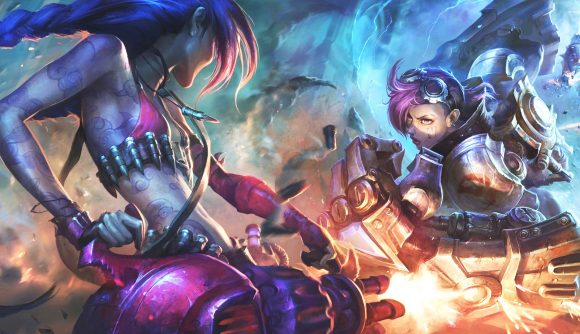 Given TFT’s runaway success, that doesn’t come as much of a surprise. While Riot had previously axed new game mode Nexus Blitz, the autobattler was so popular at launch that it was at risk of breaking the test servers, with queues of up to an hour long. In its first week, fans watched 1,700 years of the game on Twitch, and it’s still the most popular game on the platform at time of writing.

TFT’s newfound permanence means that the game’s regular updates will continue, with new ranked seasons, as well as new champions and champion sets. Speaking of which, Riot also announced a slew of new arrivals heading to Teamfight Tactics when League of Legends patch 9.16 drops later in August, introducing a brand-new class to the game.

Camille, Jayce, Vi, and Jinx will be part of the new Hextech class, the main benefit of which will be to counter the effects of your opponents’ items. At two and four champions, the class bonus will disable two or four random items on your opponents’ board, which should all but cripple that hyper carry sat at the back of the board with a Guinsoo’s and a Gunblade.

As for the champions themselves, there’s plenty to see. Camille is a tier on unit who’s also a Blademaster. Her ability is Hextech Ultimatum, which roots and damages her current target, attracting the attention of her nearby allies, helping focus down specific units. Jayce is a tier two Shapeshifter, making use of his unique weapon to knock enemies back before switching to ranged form and boosting his attack speed, which will break up the frontline.

Vi is a third tier Brawler, with an ability similar to Blitzcrank’s. She’ll target the furthest enemy and make a beeline for them, knocking aside anyone in her way, which will send those backline units scurrying for cover. Finally, Jinx is a fourth-tier Gunslinger. After her first takedown, she’ll gain attack speed due to Get Excited, and after her second, she’ll whip out her Rocket Launcher for some AoE attacks, making her high-risk, but high reward.

The new champions are set to arrive in Teamfight Tactics with the launch of League of Legends patch 9.16 in two weeks’ time, which should give you plenty of time to start figuring out all of your new synergies.