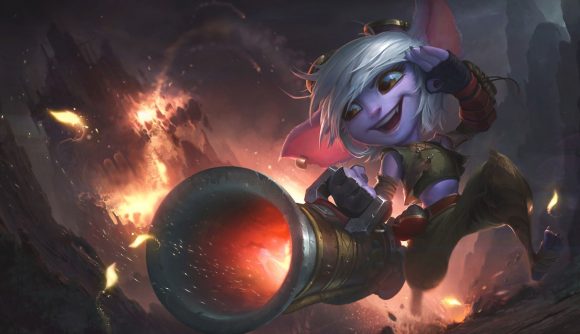 Teamfight Tactics seems to be off to a solid start, and EU West servers are only on fire some of the time. But while League of Legends’ autobattler is proving pretty popular, it’s only in beta – which means plenty of balance tweaks as Riot irons out the kinks.

The game’s latest update – which should be live right now – isn’t its first, but it’s certainly the biggest since the game officially left testing last week. The patch notes, which were posted last night by senior champion designer August Browning, feature a bunch of tweaks to various champions, although most of those seem like relatively minor balance changes.

Elsewhere, Demons gain a buff to their class bonus, making it more likely that they’ll proc their mana burn. The most impactful change, however, is to champion drop rates. In an attempt to remove the safety net around lower-tier champions and encourage players to invest in rarer champions, the latest update tweaks drop rates around Tier 2 and Tier 3 champion, particularly at early levels.

While Tier 1 champions will still make up 100% of the drops at level 1 and 2, there’s now a slightly higher chance that you’ll start to unlock those mid-tier champions early enough to build a reliable composition around them, rather than waiting until the late game.

Those drop rates mean a few tweaks more or less across the board, although the rarest champions in the game – Tier 5s – are untouched. The real takeaway here, however, is that now that Lulu, Tristana and Kennen are a little more likely to drop, I’m going to be heavily investing into that sweet, sweet Yordle build.

Teamfight Tactics will likely be subject to several more tweaks over the course of the next few weeks. League of Legends patch 9.14 goes live in a few weeks’ time, but much like this update, changes to TFT – like the arrival of Twisted Fate – will probably make their way into the game as and when they’re ready.