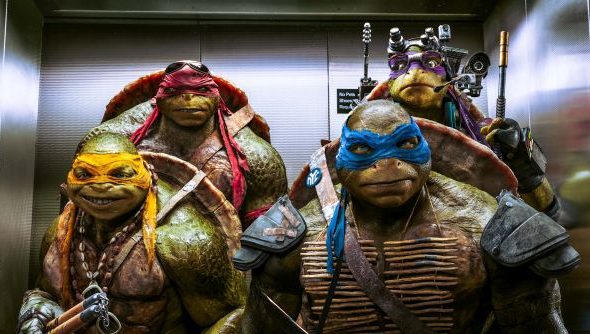 It looks like Platinum Games are going to be working on another licensed title for Activision, following on from their Transformers and Legend of Korra games. This time it’s the Teenage Mutant Ninja Turtles getting the Bayonetta treatment, according to a rating that just appeared on the Australian Classifications Board.

The best games that aren’t out yet, we know that’s what you’re looking for.

The rating (which is backed up by a similar post by the Brazilian ratings board, lacking only the developer’s name) is the first time Platinum has been attached to the project, which is presumably a tie-in for the upcoming sequel to the 2014 Michael Bay movie. Obviously this is a leak, and it was probably intended to be announced at either The Game Awards later this month or Playstation Experience at the weekend.

Platinum’s previous licensed titles haven’t been up to their usual Revengeance-or-better standard, but still beat the crap out of most big-franchise offerings. Activision has clearly been impressed with both the work itself and sales, since they’re going back to the well for a third time. Expect to hear more soon.