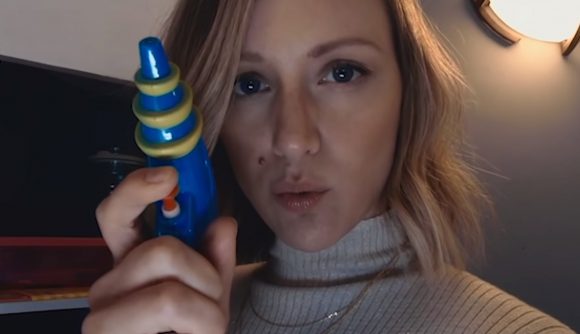 Telling Lies is the next game from Sam Barlow, the creator of Her Story. We’ve known that specific set of details for years, but now we’ve got a trailer and gameplay details with the first hints at what to expect. At its most basic level, it’s a lot like that previous game, since you’ll still be searching through keywords in video recordings to piece together a mystery.

This time, instead of browsing police files, you’re on a laptop loaded with stolen NSA footage. That means the premise is getting even creepier as you dive into people’s private lives, and that there’s an expanded set of locations for the videos your searching to take place in. There’s no apparent narrative connection to Her Story, but it’s billed as a spiritual successor.

There’s also a bigger cast of characters this time, portrayed by Logan Marshall-Green, Alexandra Shipp, Kerry Bishé, and Angela Sarafyan. As Barlow tells Polygon, the game’s got a much bigger scope this time around, estimated at around four to five times larger than Her Story, which could be solved in a handful of hours.

Oh, and yes, Barlow has already heard the references to Johny Johny Yes Papa. Many times. We can stop now.

Telling Lies is set to launch sometime later this year. That’ll give you plenty of time to determine whether or not you’re satisfied with your interpretation of the mystery.