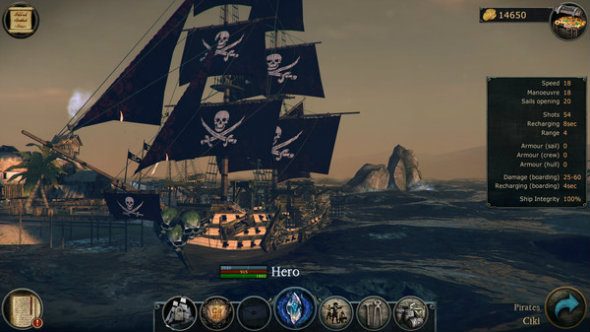 Tempest is leaving Early Access this month, so you’ll be able to take to the seas and do piratey stuff with the full open-world RPG rather soon.

For more growing statistics, here’s our list of the best RPGs.

It looks a lot like Sid Meier’s Pirates! if it was made for a modern audience. You ship yourself between ports, search for treasure and take on other ships at sea, using cannons, mortars and more to plug them with holes and fill them with sea water.

There are three large open regions to explore, searching out for anything that might give you an advantage when it comes to upgrading your vessel.

It could be the perfect antidote for anyone who’s missing Assassin’s Creed: Black Flag’s boaty bits, except here you can also take on giant sea creatures and summon meteors from the heavens.