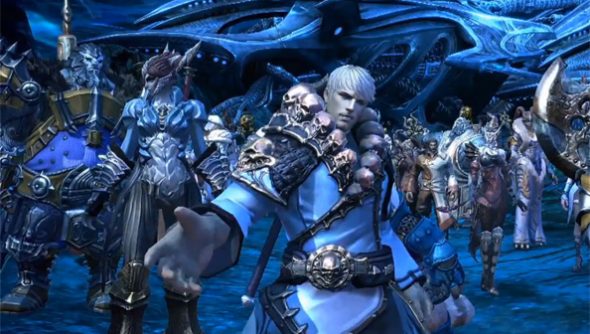 With its crosshair-based dynamic combat system, TERA was different to the others. But like a massively multiplayer head in a jar, its North American operation shrank down to three servers in the second half of 2012. Now developers Bluehole Studio and En Masse have decided to make a change. TERA’s subscription option will go on, but the entire game will become free-to-play when the game is relaunched as TERA: Rising next month.

TERA will be free,” reads the announcement statement. “No level, time, or content restrictions. Our philosophy is to add to what we already offer instead of restricting existing content. We’ve added an in-game shop where players can choose to buy costumes, mounts, and consumables, but the core of the game will be 100% free.”

TERA was developed by Korea’s Bluehole Studio and released in 2011. It has since seen a US release via En Masse and a European version thanks to Gameforge.

En Masse are promising that the new TERA will require “only your skill, not your wallet”. Sorry, leathery old friend. Back into the dark with you. Do you think the action MMO’s developers will manage to dodge the failings they not-so-subtly observe in SWTOR?