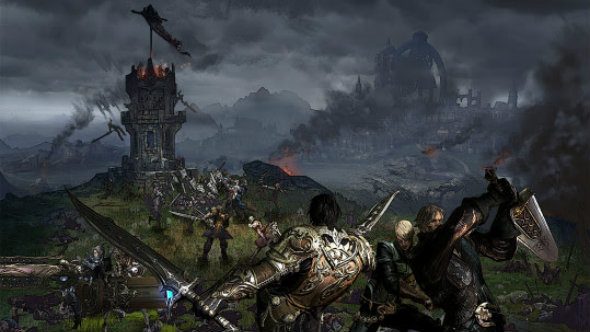 War is coming to Tera, that big and beautiful MMO with a focus on exciting, manually controlled combat encounters. Thanks to a revamped guild system, weekly battles are kicking off in the fields outside Velika.

Gameforge and developers Bluehole have revamped the MMO’s guild system, adding daily quests for guild members and a special skill tree, alongside those weekly wars, which will take place between 8pm and 10pm on Saturdays.

Last Guild Standing is the name of these weekly showdowns, taking players back into Velika’s past to erect towers and defend them from other guilds in a two-hour battle of attrition.

The guild whose outpost survives until the end will be rewarded with the taxes collected over the previous week. In the case of a draw, the collected taxes roll over to the following week.

That’s not it for guilds though – guild masters and higher ranking members will be also able to accept daily guild quests for their bands. The larger the guild, the more gold and experience are awarded for completing these quests.

Guild masters will also be able to select passive abilities that can be used by all guild members, buffing the guild’s health of granting abilities.