Graphene, a wonder material just a single atom thick, has been proven to allow clock speeds to surpass current gigahertz limitations and operate in the terahertz range. Researchers have now managed to demonstrate, and record, graphene multiplying frequency into terahertz territory, potentially allowing chips built from the simple carbon structures to operate far more efficiently than their silicon counterparts.

The research was carried out by scientists from the Helmholtz Zentrum Dresden-Rossendorf (HZDR), University of Duisburg-Essen (UDE), and Max Planck Institute for Polymer Research. Graphene has long been on the scientists’ radars, however, only now has the wonder material been demonstrable at such high clock speeds while maintaining comparatively good efficiency.

The team, utilising a terahertz radiation source, sent electromagnetic pulses ranging between 300 and 680GHz, frequencies many times higher than your everyday CPU speed, through the graphene. The graphene subsequently multiplies the pulses up to the terahertz range. The approach employed by the researchers also allowed for the multiplying capacity of graphene to be accurately measured, similar to how your PC keeps track of CPU clock speed multiplication on the fly.

Graphene is a rather simple material, made up of a layer of carbon atoms just one atom thick in a hexagonal layout. It’s tough, durable, conductive, and features many properties incredibly useful to modern electronics and semiconductors. It’s been used in heat sinks, batteries, and fabrics, to name just a few, and the list is continuing to grow longer by the day. 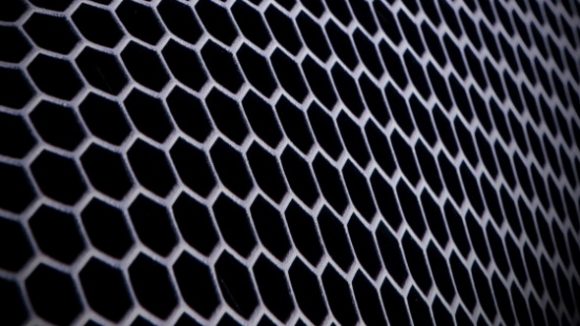 The researchers’ work is published within the Nature journal (via Phys.org), and marks the first time the proclivity of graphene at amplifying clock speeds to the terahertz range has been measurable. Previously, its properties have proven too difficult to measure using standard equipment, but the TELBE terahertz radiation facility was able to bypass that hurdle and allow clear measurements of the frequency multiplication into terahertz territory.

“Our discovery is groundbreaking.” Mischa Bonn, director of the Max Planck Institute, says. “We have demonstrated that carbon-based electronics can operate extremely efficiently at ultrafast rates. Ultrafast hybrid components made of graphene and traditional semiconductors are also conceivable.”

So while totally graphene products that utilise blazingly-fast clock speeds might be a long way off – even highly efficient 1THz chips will be far beyond a consumer spec right now – hybrid silicon/graphene semiconductors, that utilise augmented silicon to some benefit, might be a little more reasonable in the near-future.

Your gaming PC might not be hitting terahertz clock speeds anytime soon, but maybe Intel’s long-forgotten dream of hitting 10+ GHz from back in the NetBurst days might finally move away from wishful thinking and into reality thanks to graphene.