Whichever way you look at it, most videogames are anthropocentric. We view nearly everything through the lens of what we are: humans. This is no surprise, and isn’t necessarily a bad thing, but it affects how games explore the planet we live on. We’re always harvesting natural resources to build, expand, and wage war, but a new wave of city builders and management games is steering the focus away from what we want and toward what Earth needs from us.

Previously I have written about how city builders and factory simulators never really do anything to tackle the effects of industry on the world around us – we face the stark reality of this every day as our summers get hotter, our winters colder, and weather all over the world becomes more chaotic. Some city-building games do pay lip service to climate change and pollution, but there’s an assumption that any game which focuses on these topics would create miserable busywork, as if the same couldn’t be said about trudging up and down hills to mine for resources, or laying out elaborate traffic solutions.

Despite this, there are a handful of games and studios that are dedicated to investigating climate change. Leading the charge is the Independent Game Developers Association Climate Special Interest Group [IGDA Climate SIG], a network of developers concerned with making games that both inform and entertain. Among their ranks you’ll find games like Terra Nil, Imagine Earth, and Among Ripples: Shallow Waters. There are two uniform themes between these three games. The first is that they are all concerned with the environment. The second is that they are all fun, despite their commitment to a troublesome, often dismal theme.

It turns out that games are uniquely placed to be able to deal with the fuzzy outlines and the difficult overlaps in priorities that come from attempting to curate nature from a human perspective. After all, games that deal with strategy and resource prioritisation are built from the very conflict that the world today experiences: limited resources, logistics, and the consequences of actions. 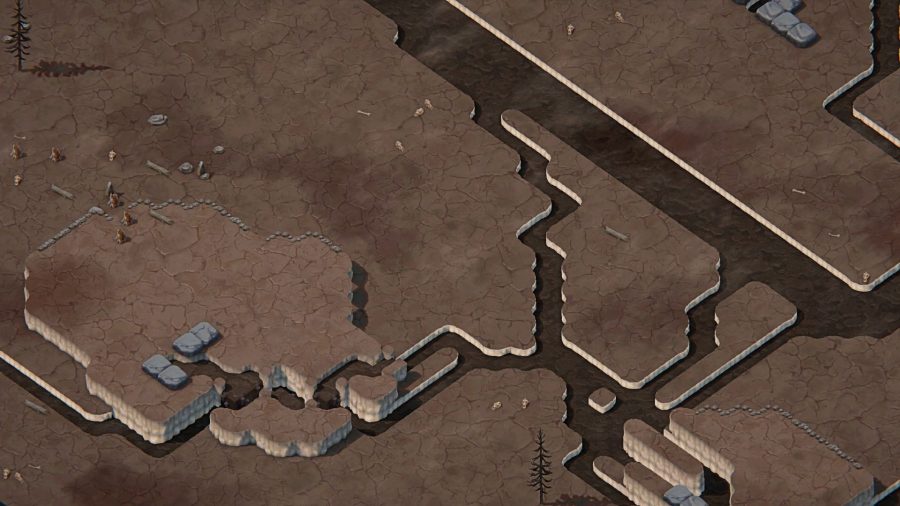 Terra Nil is probably the best known of the bunch. A so-called reverse city builder, you’re tasked with transforming an arid patch of land into something wild and full of life.

You are also required to juggle the demands of the specific biome by maintaining the right climate conditions, such as humidity and temperature. This unfolds into a combination of area-based logic puzzles that reflect our current climate crisis. Forced flooding, soil manipulation, and controlled burns are all covered in the tutorial. Marshland must be cultivated, but too much of it threatens to upset the balance of the biome. Similarly, controlled burns ensure soil is nutrient-rich, allowing for more diverse foliage.

For your final step you must work backwards, treading in your own carbon footprints so to speak, in order to deconstruct everything and leave the biome pristine – as if humans had never touched it. None of this feels any more like work than any other city or factory sim. If anything, the slightly unpredictable nature of interacting with the fuzzy logic of nature, and the foresight you need to retract your industry back into itself like a withering flower, is a challenge that feels unique to Terra Nil. 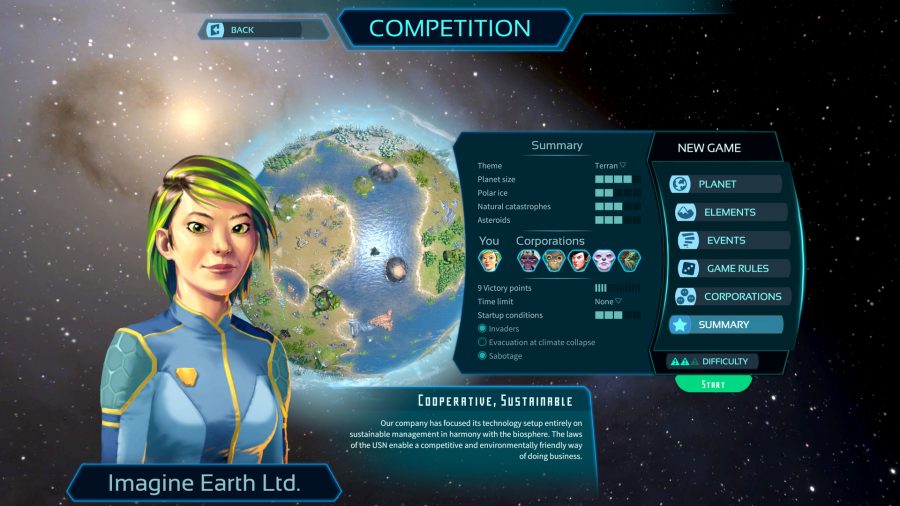 It is these distinctive challenges that make this take on the genre so interesting. In Imagine Earth, a colony builder that takes place across tiny planets with triangular grids, the interlocking cogs of population demands and environmental consequences take the fundamentals of 4X games like Civilization to the next logical step.

they're fun, despite their commitment to an often dismal theme

Rather than focusing entirely on people’s reactions to what they’re living next to, the demands of the planet are something that you need to consider at every stage. Global temperature is a constant concern, with volcanoes and ice caps having an effect on the overall climate, alongside the industry that you churn out. Despite being set in a corporate future, the economic benefits of sustainability aren’t underplayed. Fossil fuels act as cheap, fast ways of getting the energy needed to establish your habitats, which make them enticing at first, but encroaching climate disaster means you have to eventually arrive at a hard stop and switch to renewable energy.

Similarly, pollution must be solved by remediating the land in order to make it suitable for crops, and greenhouse gas levels must be managed or else you will need to pay a levy to offset this. Alternatively, if you successfully keep the levels low, or transfer to green industry, you will instead be paid a subsidy. These aren’t mere hat tips to environmentalism; they’re fully fledged mechanics that are baked into the core of the game, elevating the complexity of the decisions that you need to make. 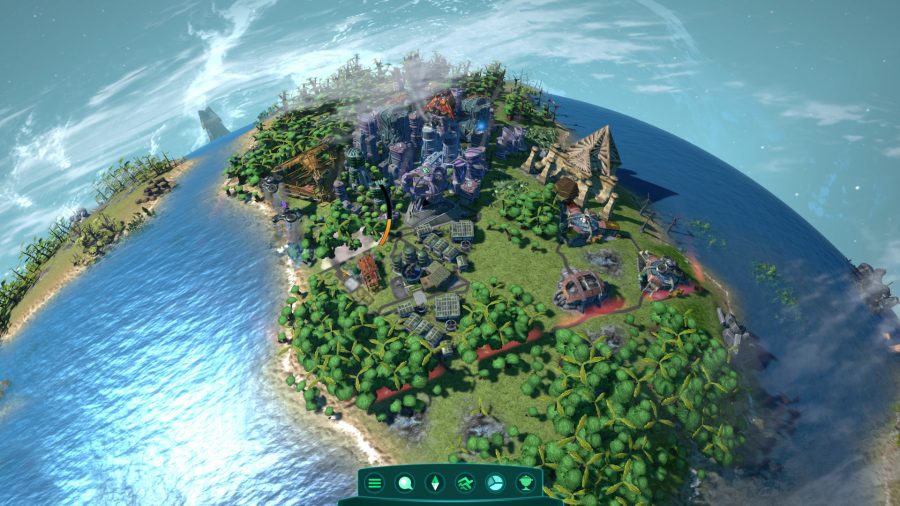 This also has a knock-on effect of educating us, as players, about the difficulty of implementing environmental change. This new wave of ecocentric city builders hammers home the positive impact of foresight and planning. There are consequences to every action, and it’s always beneficial to carefully consider each decision before taking action.

Both Imagine Earth and Terra Nil avoid the true difficulty of dealing with these consequences as they both have an ‘end’ to the process. Both games present you with small, manageable plots of land, and mistakes you make can’t spill over into other areas. It reduces the complexity down to something that’s satisfying to solve, and when you achieve true harmony there’s little else to worry about.

Compartmentalising these ideas is something that games are perfect at doing. Something like Among Ripples: Shallow Water takes a small slice of a bigger problem, tasking you with maintaining the delicate ecosystem of a freshwater lake, and all the responsibilities that come from trying to get flora and fauna to coexist. Rather than worrying about the towering consequences of climate change, Shallow Waters is laser focussed on small water ecosystems. 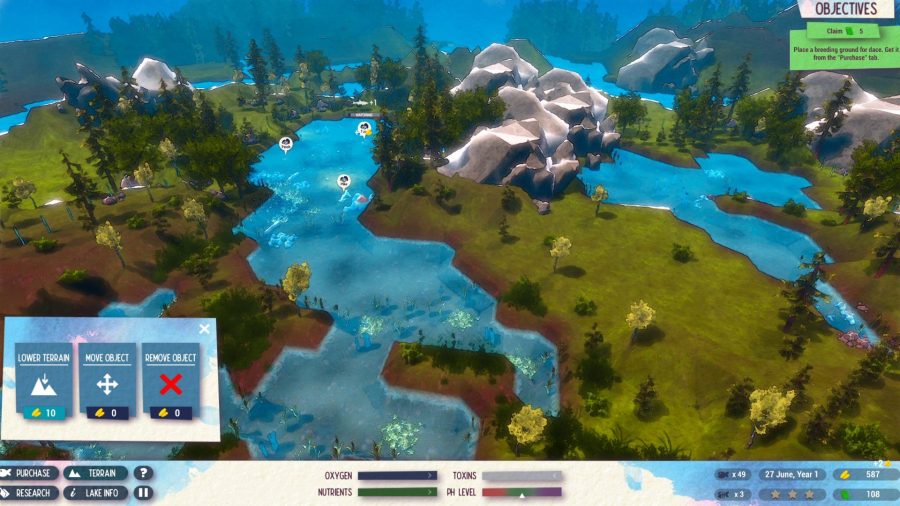 Developers Eat Create Sleep are even in touch with local water ecologists at Uppsala University, who are involved with efforts to help restore the Baltic Sea, one of the most polluted sea basins in Europe, and improve freshwater conditions on the island of Gotland. While less grandiose and far reaching than its stablemates, its focus is on something that’s more attainable in the everyday. You don’t have to walk far to see the effects of humans and pollution on our waterways.

Rather than dealing with the towering issue of climate change, Shallow Waters is all about pond ecology

Among Ripples: Shallow Water understands the step by step processes that are required to make meaningful environmental change. Everything is incremental. You need to introduce animals and plants into your ponds and lakes, dealing with the consequences of conflicting creatures and making sure the water stays pollution free. It might not have the raw appeal of building cities or managing vast systems of factories, but it’s every bit as complex, and a lot more relaxing.

It presents a single step in a much larger journey, and it’s a helpful tool for understanding the challenges that humankind faces. Games have always been able to educate, and the games that the IGDA Climate SIG is involved with all attempt to shine a light on some aspect of the interlinking web of problems that contribute to climate change. 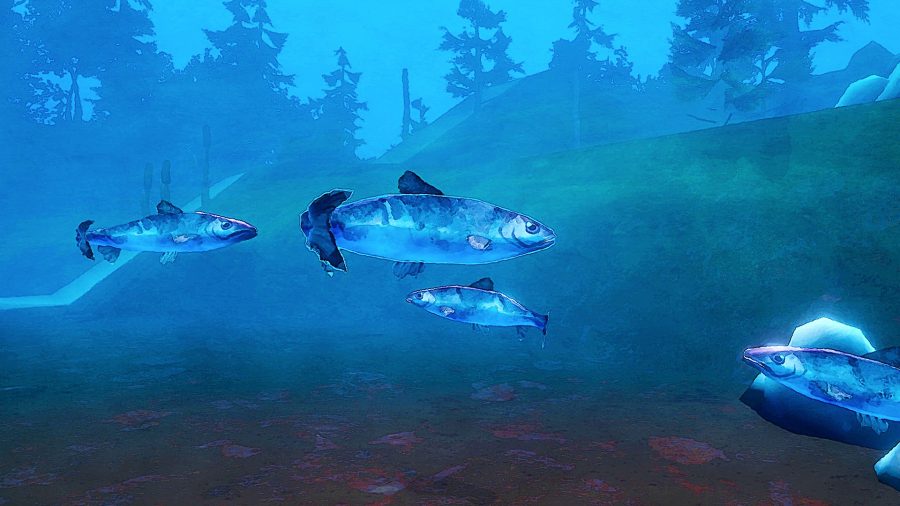 None of these games will solve climate change – they’re not attempting to – but raising awareness of not only the issues, but crucially how to solve them, is a key part of the battle. Pollution, rising sea levels, and increases in air and water temperatures are fascinating and complex problems: they shouldn’t result in stodgy, boring gameplay.

There’s no demand for a preachy version of Cities: Skylines, and while its Green Cities DLC offers a change to the consumption-driven genre norm, your main avenue of environmental improvement is to replace all of the polluting infrastructure with non-polluting variants. Instead, by properly grappling with the mechanisms of climate change, we could have more complex and thoughtful realisations of the demands we face in real life, which are elided by most strategy games and city builders.

At the bare minimum these indies give us a new set of challenges to overcome. If developers and researchers continue to pull at these threads, perhaps it will even have the side effect of making gamers more aware of the reality we’re situated in, and more importantly, how we can attempt to fix things, one step at a time.