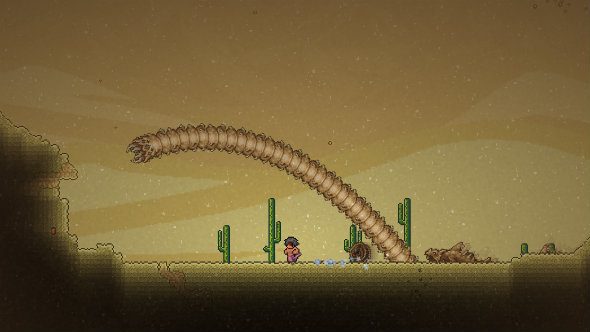 Terraria just got prettier in its 1.3.5 update, adding support for 4K resolutions, letting players adjust the size of the interface, and more. There’s also support for a bunch of new language localisations and a smattering of bug fixes.

Check our list of the best indie games for more small studio goodness.

As for those localisations, the game now supports the following extra languages: Russian, French, Simplified Chinese, Italian, Brazilian Portuguese, Polish, German, and Spanish. These are all apparently full-on localisation efforts, too, which is nice.

Elsewhere, it’s a case of rebalancing and tweaking what’s there, as well as adding a couple of small in-game bits.