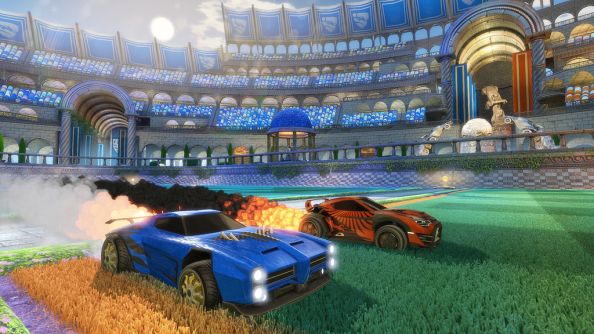 Tesla are the electric car people – designing quiet sedans and building bits for other manufacturers’ brum-brums from their base in California. They’re also, it transpires, fans of Epic’s venerable game engine. They’re bringing on an Unreal 4 expert to help with visualising their vehicles.

Here are ten of the best racing games for 2015.

The role, which is being advertised over on Gamasutra right now, is described as a “rare opportunity to take ownership in the development of new and genuinely cutting edge vehicles, so enthusiasm and knowledge of cars is advantageous”.

The artist has to be proficient in the new engine, and particularly in Blueprints – the simplified scripting system so many of the devs we talk to in our Making it in Unreal series take advantage of.

Hopefully one of the talented types from the Rocket League team will take them up, eh? Turns out that was built in Unreal 3, but let me have this dream. The realm of real-life cars would get a lot more colourful that way.