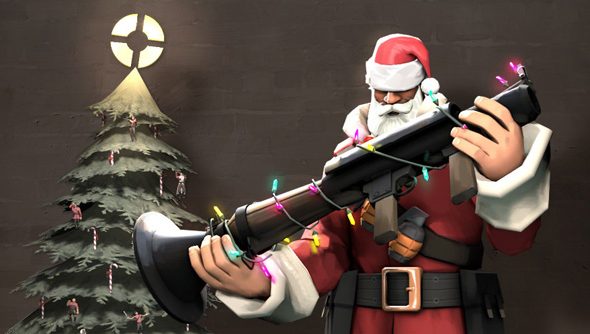 Christmas has unofficially kicked off in Team Fortress 2, as Valve have just started to roll out their festive, seasonal weapons and items in their traditional Naughty and Nice winter crates. The merry boxes sneaked down your digital chimney following an overnight patch that seemingly injected a clandestine quart of festive spirit into Valve’s shooter, though the developer has yet to officially announce the arrival of the season with any patch notes. It’s a bit like spotting your parents wrapping your presents, or witnessing Tesco employees hauling the constituent parts of Santa’s disassembled Grotto into the space by the tills.

The crates have been spotted in the wild by excited players. One Reddit user noted that these rare, early drops are being sold onat extortionate prices before they inevitablyflood the game in the next few days.

Two types of crates are dropping: one naughty, one nice. How: interesting.

Until the seasonofficially starts and the Mann Co Store updates however, the boxes shall remain locked.