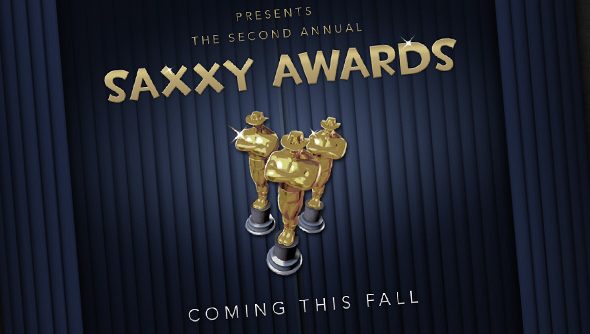 This year’s Saxxy Awards winners have been announced, all the submissions having been forced through a fine sieve, a sieve that lets through only winners.

We’ve still to learn who has won the Best Overall category, that we won’t learn until it is featured during the VGA’s pre-show.

So, in no particular order here are the winners:

Here’s the winner of the comedy category, it’s needed for the image of the Tank in a dress. We all need that image: