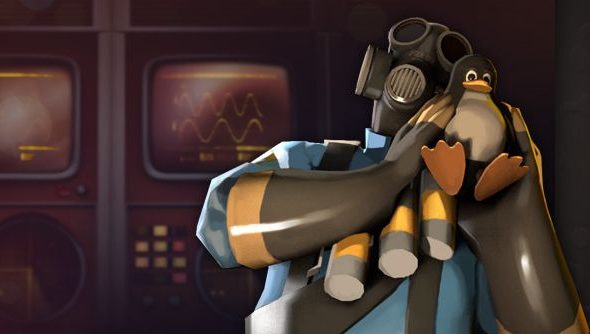 Team Fortress 2 is now available to players using Linux, according to the official Team Fortress 2 site. Those who play it on Linux will receive a limited edition penguin.

There’s a very good reason for you to play it on Linux as soon as possible. Even if you don’t have Linux installed right now.

Back when TF2 launched on the Mac, Valve gave every player who played it a single pair of earbuds. These items, of limited supply, became the de-facto trading currency for Team Fortress 2. That’s probably not going to happen with the Tux Penguin item. But as it is a very limited availability item, that penguin will have more value than you might expect. You may well be able to sell that penguin for a few pounds or dollars in a year or two.

So play it, and own a penguin. It might be valuable someday.

OR IT MIGHT NOT NOW WE’VE EVEN DISCUSSED THE POSSIBILITY OF IT BECOMING VALUABLE. OH ECONOMICS IS HARD PLEASE MAKE IT STOP.