As a rickety freight elevator carries me down into the grimy, industrial bowels of an anti-arcology, I realise that The Ascent is a by-the-numbers cyberpunk dystopia. I play a mere cog in the corporate machine, contractually locked into a life of servitude, executing thankless tasks across the city such as pest extermination and machine repair. I’m stuck doing this until my contract is served or I die.

But there’s something to be said for doing the classics well. The Ascent is a visually striking, oppressive action shooter. The first area is an entanglement of swelling pipes, ramshackle wire cobwebs, and whirring machinery. Cockroaches scuttle away as I approach the corpse of a dead engineer. It’s a very grim place to be, and it only gets more wretched as I explore.

This impressively bleak cyberpunk exterior hides the fact that The Ascent has the bones and guts of a Diablo-style action-RPG. The camera is fixed in an isometric position. Occasionally I’m asked to duck under beams or hack into terminals to pass through gates, but other than that, exploration feels similar to navigating the subterranean caverns and dungeons of Sanctuary.

As you’d expect in any self-respecting ARPG – and certainly in one so influenced by Diablo – loot is key to your build. Each item has its own stats and resistances, which I can ponder in the inventory screen. For example, if I’m fighting enemies that focus on melee attacks, I want to invest any gear and resources into bolstering my physical defence. Leveling up grants stat points that I can invest into attributes such as balance, which adds resistances to being stunned, knocked back, or staggered, and decreases movement penalties while firing heavy weapons. So far, so standard. 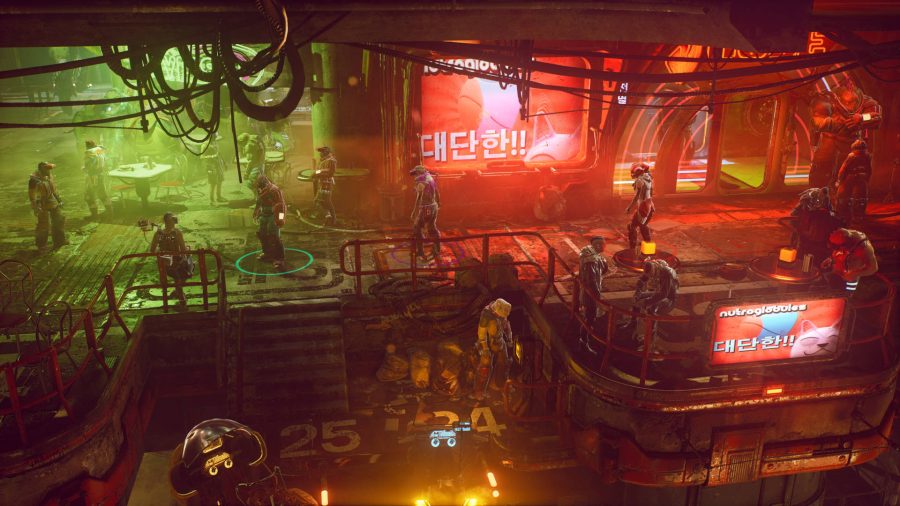 Augmentations, however, are interchangeable skills which can either be bought or found. They offer more flexibility and customisability to your build. I only have access to a knockoff Falcon Punch in the demo, which flattens anything in its area of effect, but it looks like these will cover an array of different playing styles. While I don’t get the chance to upgrade the augmentations, there are empty slots, which suggests these skills can be tuned further – sort of like Diablo’s gem slots.

The Diablo comparisons continue when it comes to combat, in that The Ascent’s battles are just as busy and hectic. At first it’s just mindless bots that wildly charge at me, like children toward the music of an ice cream van, but as I progress further into the demo, I’m bombarded by a variety of grimy and well-armed thugs. Some carry pistols, others carry rocket launchers, and unlike Stormtroopers, they don’t miss their shots.

Later in the demo I seem to find myself constantly on the verge of death. I fall back on the tried and tested tactic of running around, herding enemies into one pack while I take pot shots between evasive dashes. 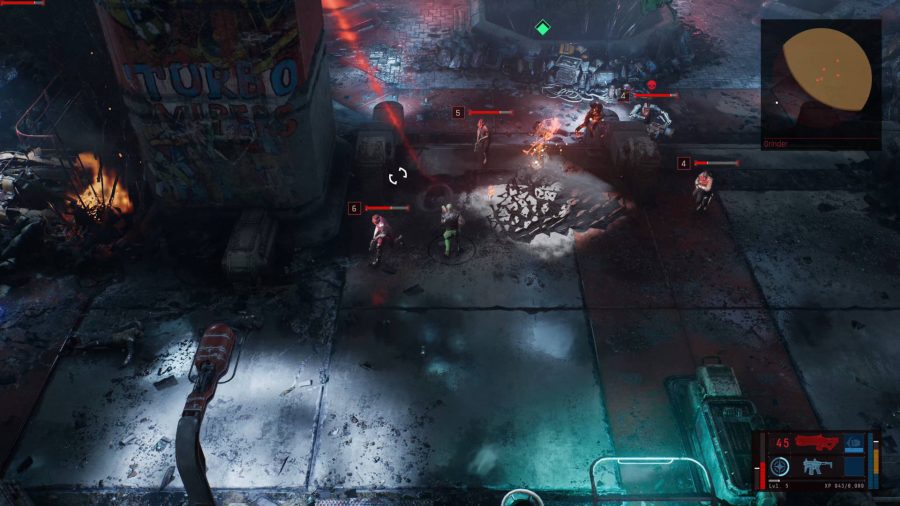 At first this gets me nowhere, but then the developers point out that I can aim for the head rather than the gut. This is obvious in any first-person shooter, but feels like a game changer in an isometric one. Headshots stagger enemies more often, and do a bit more damage, but I’m still getting hit a lot and health pickups are punishingly few and far between.

Despite the steep learning curve, I can see myself really getting into The Ascent

It isn’t until the final boss fight of the demo that another of The Ascent’s fundamental features clicks: you’re supposed to take cover. In my defence, this is also the first time it’s really important to take cover, as most previous encounters are against swarms of rabid cyborgs more intent on ripping my guts out by hand than on shooting them. It’s another exciting wrinkle to The Ascent’s formula that suggests I’ve taken the superficial Diablo similarities too far, but hints there’s more to this chimera of game ideas than meets the eye.

Grasping the importance of cover makes the last encounter a bit easier, but I’m still occasionally uprooted from behind cover by a Larkian – a hulking cockney snot-monster with a mohawk – whose massive hammer smashes cause minor quakes that force me out into the open. 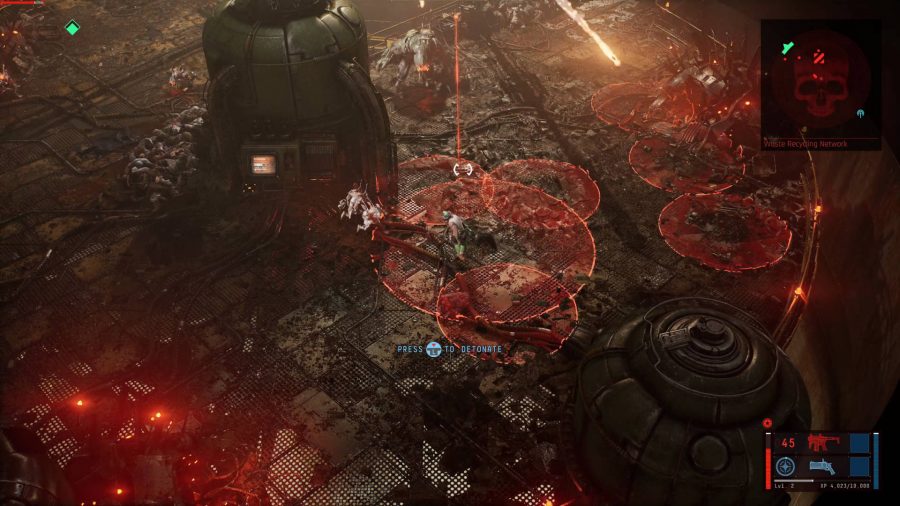 Despite the steep learning curve, I can see myself really getting into The Ascent. Whether you’re into games like Diablo or just love the whole cyberpunk aesthetic, this is one to keep an eye on.

The Ascent is set to release on July 29, 2021 and as well as PC, will be available on Xbox consoles and Xbox Game Pass. You can also check out our top picks for the best cyberpunk games, or read up on the best RPG games if you’re after more recommendations.