E3 2021 has come and gone, lighting our videogame release radar up with little blips like Hudson pointing his motion tracker up at the ceiling in Aliens. Technically, E3 isn’t even over – Witchercon, Tennocon, Nacon Connect, and EA Play will keep us stacked with trailers until Gamescom. It really has been a bizarre couple of years.

While few would call it a classic, there’s no denying that there were plenty of highlights at this year’s digital showcase. We got gameplay and a release date for Elden Ring, Starfield still exists and its trailer somehow managed to lend Elder Scrolls 6 the headlines again, and we saw a lot of Halo Infinite’s multiplayer.

But the difficulties triple-A development has faced during the global pandemic left plenty of gaps in publisher showcases, and indie games dutifully filled the gap. There were hundreds of indie reveals over the course of the whole show, and while most are still in their infancy, a handful of the debutants are set to release in 2021. From airborne city builders and revived indie classics, to cyberpunk ARPGs and top-down Soulslikes, there’s a little something for every type of PC gamer.

You might not even need us for these indie roundups if studios keep making Steam demos. Before that’s the case, though, we can still serve a purpose by acting as glorified calendar reminders, giving you a nudge about nine of the best looking indie games set to release in July. 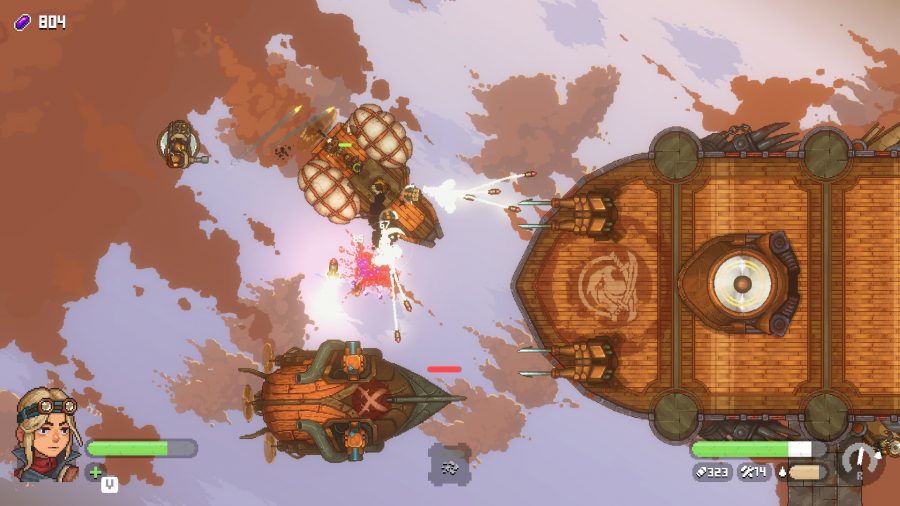 The whole cyberpunk revival didn’t go quite the way fans wanted it to, so perhaps it’s cloudpunk’s time to shine. Black Skylands is a top-down shooter where you craft a skyship and set to work clearing the world of aliens and pirates. In this alternate version of Earth there are thousands of floating islands, and it’s your job to expand your faction, forge alliances, and make this fractured world a safer place, which you do by soaring around in a gunship, raining down devastating volleys of missiles. There’s on-foot combat too, where you can make use of a grappling hook to pluck enemies off ledges sending them plummeting down into the abyss.

As you expand across the open world you’ll collect loot and resources that you can use to upgrade your faction’s base, which in turn unlocks new customisation options for your flying fortress. Black Skylands also stands out thanks to its gorgeous pixel art that’s brought to life with subtle ambient effects and a vibrant palette of burnt reds, deep sky blues, and Verdun greens. You can check out Black Skylands here. 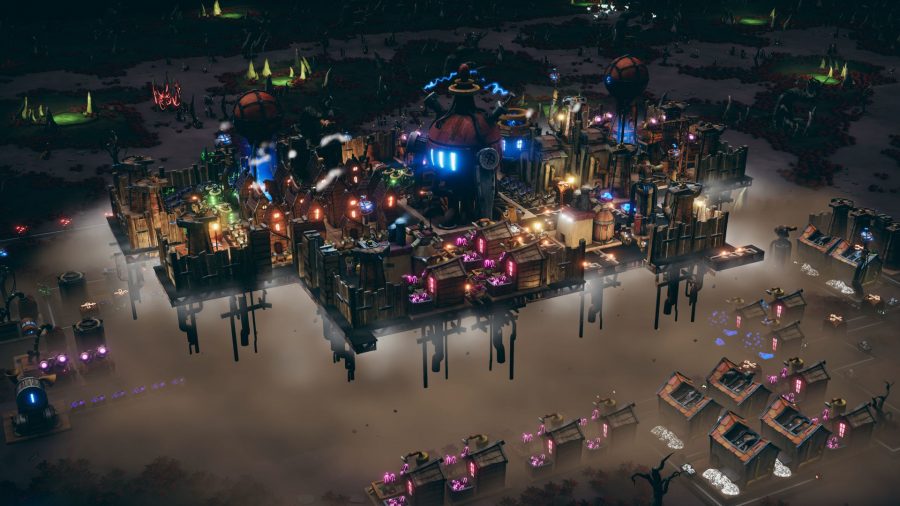 If you’ve ever played They Are Billions and wished there was a way to simply yeet your last bastion of humanity far away then Dream Engines: Nomad Cities is for you. You start out with a humble plot, get to work building your city and automating resource gathering, then monsters show up. There are not many at first, so you build a few guard towers and turrets to keep them at bay, but it’s not long until you’re fighting back against a full-blown horde, leaving you with one option: blast off into the sky.

You can’t stay airborne for long so you’ll have to decide on your city’s next perch, preferably somewhere with plenty of resources and barely any monsters. Surviving in this city builder is all about picking the right moment to leave and balancing short-term needs with long-term expansion. Every time you up and leave you’ll need to leave stuff behind, whether that’s a few buildings or a patch of rare resources you weren’t able to harvest. You can check out Dream Engines: Nomad Cities here. 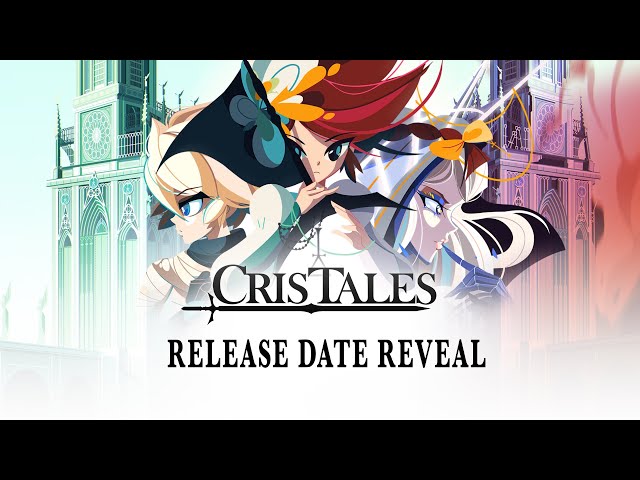 We first saw Cris Tales way back at E3 2019 where we fell in love with its visual flair and time travel mechanics, so we’re excited to get our hands on the full release. This love letter to classic JRPG design sets itself apart from its forebears by casting you as a time mage, capable of seeing the past, present, and future all at the same time.

This mechanic is at the heart of puzzle-solving and combat in Cris Tales. Trying to scale a wall but it’s too high? No problem. Just sow some seeds in the past and in the present you’ll find a ladder-like vine you can climb up. Of course nothing is ever that simple, and in most cases your actions in the past and present have consequences that you’ll have to deal with in the future. Combat follows the traditional turn-based JRPG format to the letter, but there are some time-based spells that let you interact with enemies in smart ways – send an enemy into the past and you’ll be battling a younger, less powerful version of them. You can check out Cris Tales here. It’s also coming to Xbox Game Pass when it releases. 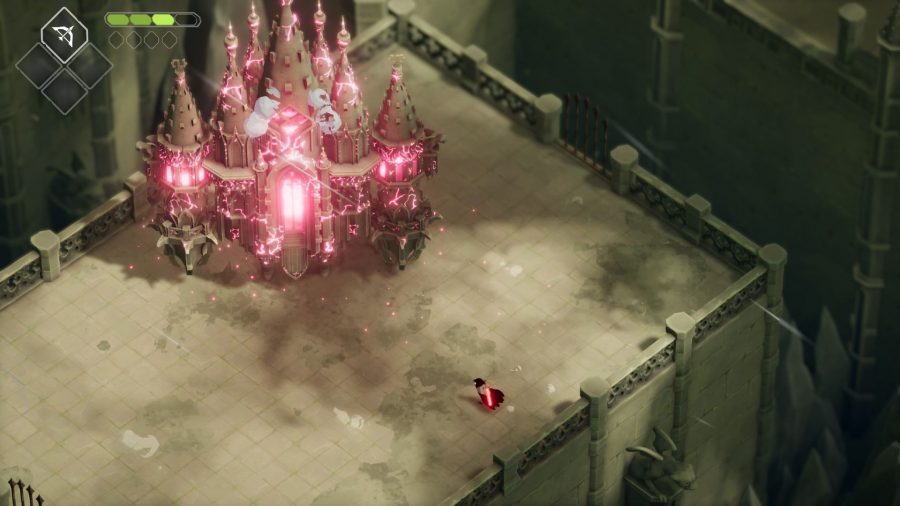 Devolver Digital has a pretty good track record, but there’s something even more special about the publisher teaming up with Acid Nerve, the studio behind tough-as-nails boss rush classic Titan Souls. You play as a sword-wielding crow who works at the Reaping Commission, a Brazil-like bureaucratic institution devoted to harvesting souls. Ironically, it’s soul-crushing work, but your crow’s reaping work gets a lot more interesting when your assigned soul is stolen.

We’ve played the first couple of hours of Death’s Door and are happy to confirm the combat is as slick, fast-paced, and engrossing as you’d expect. But Death’s Door expands the gameplay with Metroidvania level design where you’re constantly unlocking new shortcuts. There’s an irreverent sense of humour, imaginative boss designs, and you get to play as a god damn crow -so yeah, we’re into it. You can check out Death’s Door here. 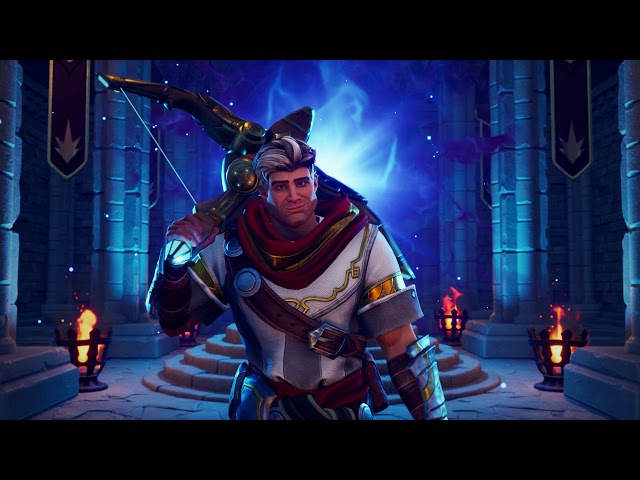 We had to do a little double take when Orcs Must Die! 3 was announced at E3 2021. We could have sworn that had already happened. Turns out that’s because it did happen – Orcs Must Die! 3 has been a Stadia exclusive for the past year and, well, we kind of forgot. Nevermind though, because the co-op third-person tower defense game is coming to Steam on July 28, and you should be very happy about that.

OMD!3 scales up its orc-slaying antics to create battle scenes reminiscent of a Peter Jackson epic, taking some of the action outside and adding new destructive implements like tornado generators and full-auto ballista turrets. If you’re new to the series then you’ll likely gravitate toward the shiny new campaign, but veterans are sure to get a kick out of the new Scramble mode, which heaps in gameplay modifiers for you and your enemies the longer you manage to survive. You can check out Orcs Must Die! 3 here. 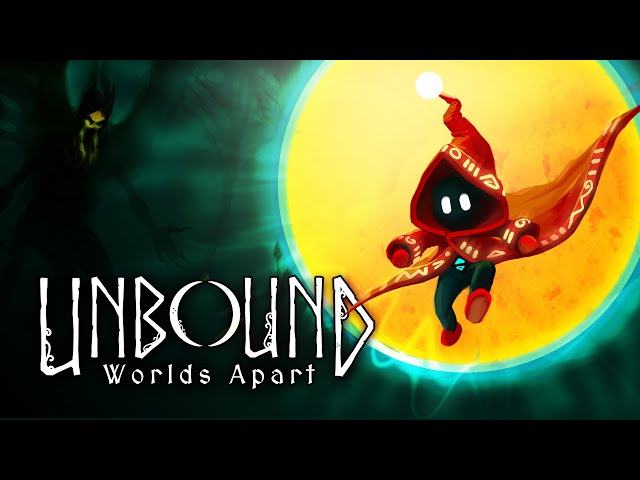 This fiendishly difficult 2D puzzle platformer is all about portals. As you traverse each level you’re barely able to see where you’re heading, what enemies are in your way, and what tools you can use to reach the next area – that is until you activate portals. At any moment you can open up a portal that reveals secrets, monsters, and platforms you can use to your advantage.

Over the course of the narrative you’ll unlock and master ten different types of portal, learning when to employ each one to navigate perilous gaps and deviously positioned enemies. If you’re after an old-school twitch platformer with some tricks up its sleeve then Unbound: Worlds Apart should be on your radar. You can check out Unbound: Worlds Apart here. 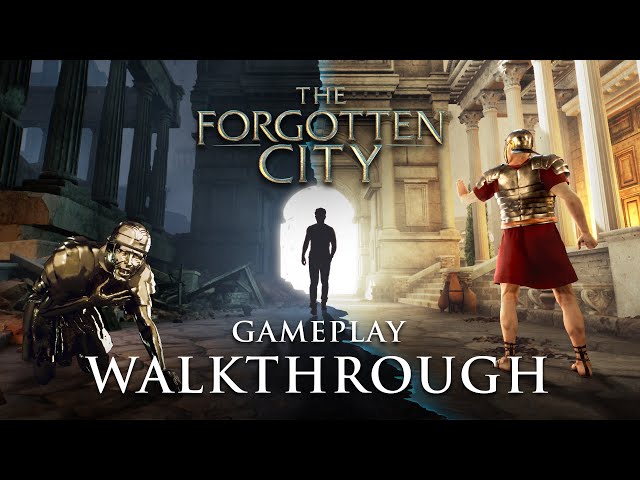 What started out as a Skyrim mod with over 3 million downloads is now a full-fledged detective game set to release at the tail end of July. In The Forgotten City you discover a time portal among some Roman ruins and are transported 2,000 years into the past. Everyone you meet lives in fear of a mysterious curse called the Golden Rule, which turns all of the city’s inhabitants into golden statues if even one person commits a sin.

Your job is to investigate the curse, and to do that you’ll need to explore the city, question its people, and occasionally shoot some arrows at them. It’s also worth mentioning that when you arrive in the Ancient Roman city you enter a Groundhog Day-like time loop, which you can use to extract even more information from each person you talk to. The Skyrim mod that Forgotten City is based on was the first mod in history to earn a Writers Guild Award, so we’ve got high hopes for this expanded murder mystery. You can check out The Forgotten City here. 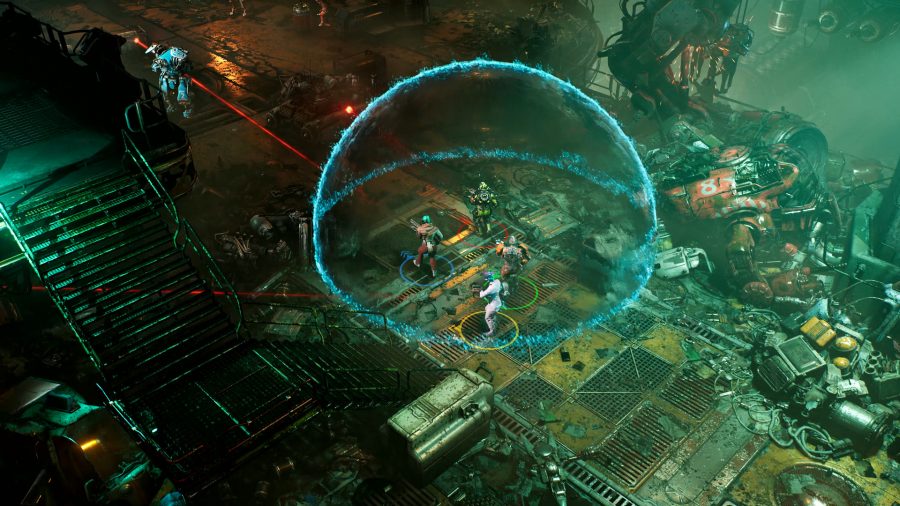 Part twin-stick shooter, part Diablo-like, The Ascent is an ARPG that absolutely nails its cyberpunk aesthetic. There’s trash and detritus wherever you cast your gaze, and it’s all illuminated by vibrant neon lights and the deep crimson glow of the polluted atmosphere above.

In terms of gameplay, The Ascent is a chimera of ideas and mechanics. The top-down view and looting immediately puts the dark, dank dungeons of Diablo in mind, but with cover mechanics and body part targeting to bear in mind you could easily mistake it for a tactical shooter. In any case, it’s packing serious heat and we found ourselves constantly on the verge of death as we battled through its opening levels. You can check out The Ascent here. It’s also coming to Xbox Game Pass when it releases. 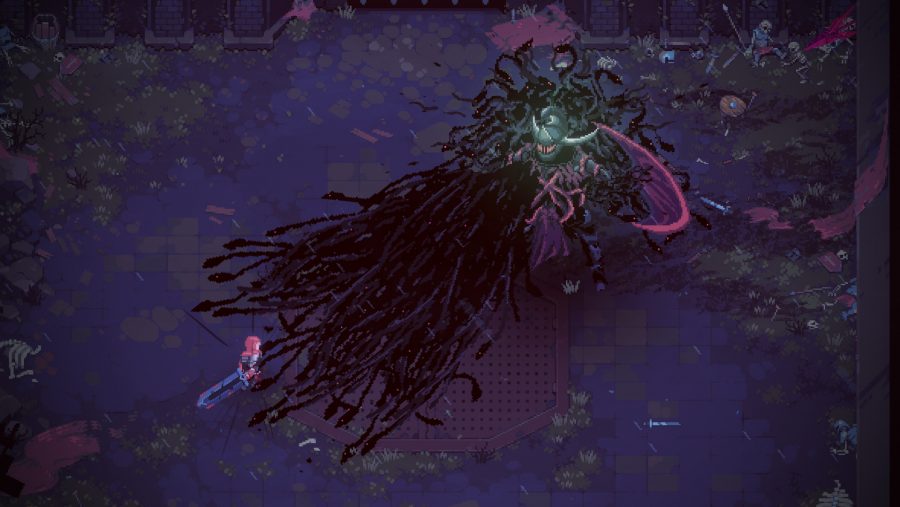 Our final pick for July is a Soulslike that has absolutely no qualms about where it draws its inspiration from. It looks like a pixel-art Souls game, its lore and narrative are strewn across the world waiting to be pieced together through item descriptions and seemingly nonsensical dialog with NPCs, and it’s really, really tough.

But Eldest Souls is also a boss rush game, so you can ignore a lot of the story and focus instead on perfecting your build and slaying monstrous bosses. It’s in these fights that Eldest Souls’ other key inspirations come to the fore: Titan Souls and Furi. Combat is fast-paced, you can move around rapidly, and you’ll need to if you hope to avoid dying to the bullet hell style barrages of missiles that some enemies can rain down at a moment’s notice. You can check out Eldest Souls here.