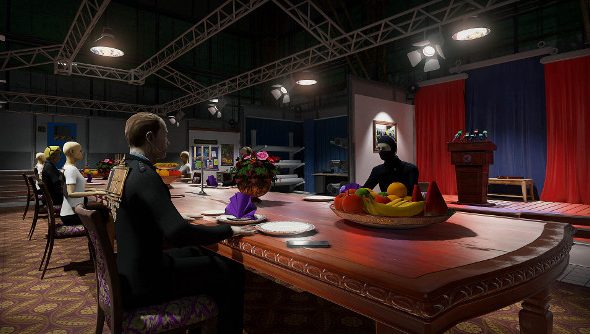 The Assembly is one of those games that actually sounds pretty interesting even without its VR conceit. Maybe it’s just because I’ve been binging on Orphan Black lately, but the whole shady organisation running experiments to change the world without constraints or oversight premise is very much floating my boat.

Find more VR experiences in our list of the best VR games on PC.

If the setup sounds like your cup of conspiracy tea, then direct your eyes toward the video below, which offers a behind the scenes glimpse of how nDreams is crafting their VR narrative.

The Assembly promises an ever-popular morally grey area to splash around in, where two characters with two different perspectives and motivations can determine the future of the organisation and the world it seeks to change.

“Whether the Assembly are good or bad isn’t a decision that the game makes for the player,” explains senior designer Jackie Tetley. “It’s something the player gets to make for themselves as they explore the environment and learn more about the organisation.”

No release date yet, but the official site says that it’s coming soon.