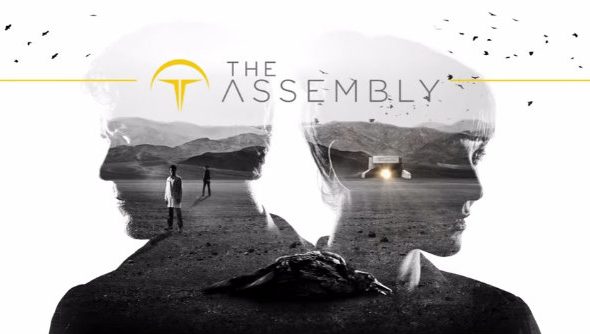 You’ll be able to play nDreams’ VR mystery, The Assembly, in a few short weeks, uncovering the secrets of an underground facility filled with scientists and academics, all working towards the improvement of humanity, whatever the cost.

For more immersive experiences, here’s our list of the best VR games so far.

Don’t write off The Assembly just yet if you don’t have a VR headset, as it’s fully playable in traditional first-person, even if it was built to shine in VR.

The Assembly organisation is very similar to Fallout 4’s The Institute, though these problems won’t be solved by shooting everything into multiple gibs. It’s heavily narrative-based and we’re promised multiple endings that will vary based on your choices in-game.

You experience all this through the perspectives of two characters: Madeleine Stone and Caleb Pearson. Madeleine is a disgraced brain surgeon who’s being tried out to join The Assembly through a range of tests, while Caleb is an Assembly vet and neurologist going through a tough patch.

Listen to the developers talk about the game in this new video:

And here’s a new trailer:

The Assembly releases on the Oculus Rift and HTC Vive next month, on Tuesday, July 19, priced at $29.99. The non-VR version releases the same day for$19.99 and includes the option to upgrade to the full fat version.