As we boot up our hands-on demo of Square Enix’s Avengers, something still feels off. From what we’ve seen so far – mainly at E3 – Earth’s mightiest heroes look unruly and plod along to what feels like a familiar story beat.

The opening cinematic rolls, and the familiar quinjet touches down as the group arrive at a festival in their honour. Tony Stark is on stage soaking up crowd’s praise, Thor is showing off what he can do with his hammer, and Captain America lingers quietly behind it all. As with any Avengers story, the fun doesn’t last: a shipment the quintet is escorting comes under attack while our heroes are distracted.

As they’re still in pre-alpha, developer Crystal Dynamics encourages us to suspend our belief somewhat. None of the Avengers character models look quite right yet, though Black Widow looks more polished from when we last saw her at E3. If there’s one thing to be excited about, though, it’s the gameplay. Once the opening cinematic comes to a close and the Avengers get to brawling, we find that their playstyles are suitably different but equally engaging.

Our hands-on preview starts with Thor, who is called into action to dispatch some goons on a bridge. Attacks come as you expect – throw out some quick moves to chain a combo, or charge up a more substantial hit to send an unsuspecting goon flying out the map’s bounds. What makes it endearing, though, is the comic nature of it all as you swat baddies into the sides of cars and trucks with ease and abandon. 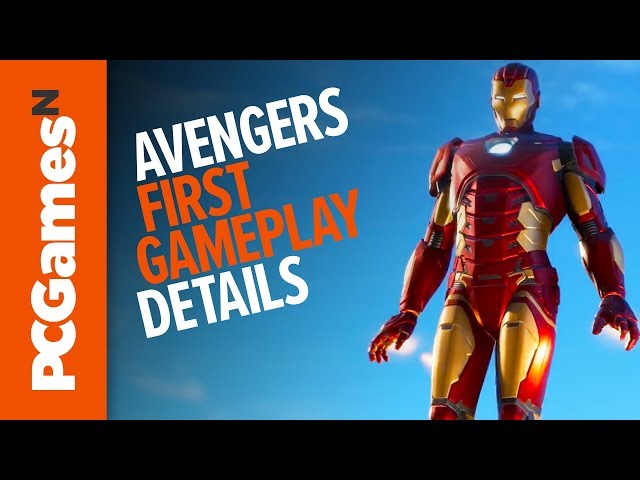 The best part of Thor’s kit, unsurprisingly, is his hammer, Mjölnir. As we make our way over the bridge we’re able to toss it into crowds of the unworthy, sending them toppling like pins. There’s no limit on it, either – once you fling it, you can call it right back like a nordic boomerang. If you’re feeling particularly devilish, you can use Mjölnir to pin someone to a wall and leave them there, watching as their buddies meet the end of Thor’s fist. The fact that God of War’s lead combat designer Vincent Napoli is on board has a telling influence, as Mjölnir feels as intuitive and satisfying as Kratos’ Leviathan axe.

We don’t spend too much time with Thor, though, and are swiftly transplanted into Iron Man’s metal suit, dipping and dodging through the air and taking aim at other airborne foes as inbound rockets send cars flipping and tumbling around us. After this short action sequence we enter normal gameplay, and Stark’s moveset plays out much the same: the key is striking a balancing act of floating while shooting a volley of projectiles at whatever comes your way. It’s a different playstyle to Thor’s superpowered brawling, but enjoyable in its own measured way, and we imagine it’ll make a nice change when the game launches in full. 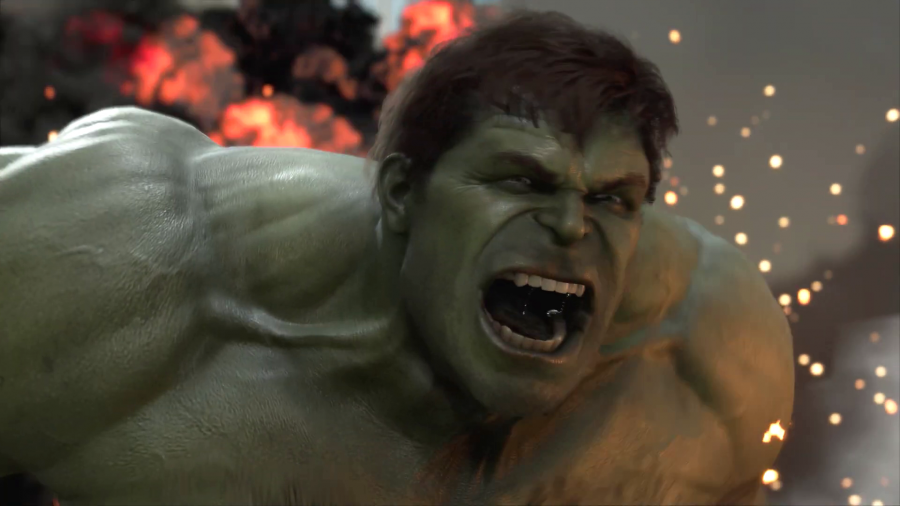 After Stark’s segment finishes, we’re then let loose as the Hulk, and it’s all the bombastic fun it should be. You’re free to grab any poor soul and wallop them against the tarmac until they mesh with it. If you’re feeling even more savage, you can grab two enemies and smash them together like cymbals. Once you’re done, you can launch any henchmen who remain into the distant horizon. It’s a kind of thrill that’s not dissimilar to those found in Ape Out, and reminds us that there’s rarely anything as exhilarating in gaming as a beast free of its cage. As the rest of Hulk’s section plays out, we hop and smash down on cars as we propel ourselves forward to our next target, even doing a bit of wall-jumping as we go.

There's nothing as exhilarating as a beast free of its cage

In the demo’s later stages we’re cast as The Avengers’ punchier heroes. We first play as Captain America aboard a tight, narrow ship in San Francisco bay – the perfect spot to send our famous shield bouncing back and forth from wall to wall, pinging goons as it goes. We can also kick the shield as it returns to send it bouncing off again – it feels weirdly like playing a game of pinball, except with a few unfortunate enemies stuck in the machine. 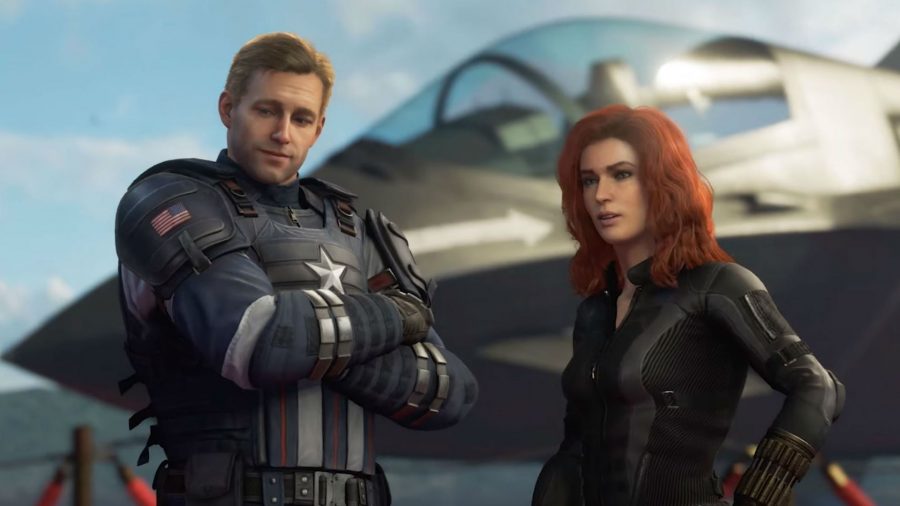 To round off, we get a quick glimpse of Black Widow’s abilities during a boss fight with Taskmaster. The first part of the encounter feels similar to Marvel’s Spider-Man as a swift sequence plays out with quick-time button presses. Once play slows down and we gain more control, we find that Widow can swap between hand-to-hand combat and the use of her pistol.

Despite our best efforts, saving the shipment doesn’t go well, and a nearby city is reduced to ashes. Public opinion turns against our heroes, and they begin to doubt themselves – drawing parallels with Avengers: Age of Ultron. Regardless, as we approach the game’s May 15, 2020, release date, we’re likely to see the game’s look evolve as pre-alpha textures are replaced by what we’ll see in the final build. We can’t say how it’ll look come launch day, but on this showing, we’re confident there will be some punchy combat pulling the strings.