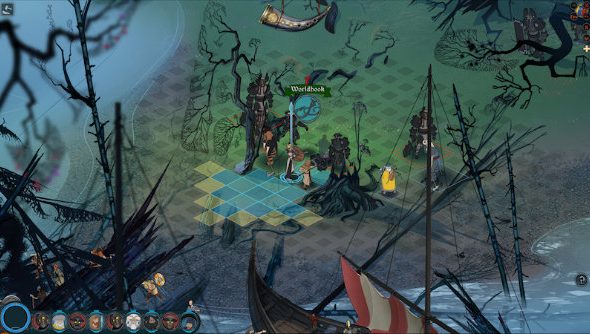 If you enjoyed the strategic combat of Banner Saga 2 and you’re done with the story, the game’s new Survival Mode is just for you.

For more tactical treats, check out our list of PC’s best strategy games.

Survival Mode puts players through the meat grinder as they try to survive 40 back-to-back combat scenarios where each turn has a 30 second timer.

“Survival Mode is something we’ve been working on behind the scenes for a while now,” commented John Watson, technical director at Stoic. “This is an entirely new experience within Banner Saga 2.

“Our goal was to create a fun, tactical game mode where fans can play from a different perspective which focuses on strategy and the hard cost of death in combat. We modified how the combat worked from the core game based on feedback from our community and put it through a closed beta to make sure that it was fun.”

In this new mode you have to put together a combat team made up of existing Banner Saga heroes – after that you’re thrown right in. Any character who dies is gone forever and can’t be revived.

Fortunately, each victory brings with it Renown, a currency you can spend on bolstering your ranks with new heroes, replacing the fallen. Additionally, items – which also drop in combat – can be bought with Renown, so if you get a good win streak going you can build up a pretty strong team.

The mode comes with all three difficulty levels and is complete with leaderboards so you can brag about those difficult victories.

“Although Stoic is a tiny indie studio and their time is precious, they have shown an unrelenting commitment to fans of the Banner Saga by producing more content for them to enjoy. ” said Steve Escalante, general manager of publisher Versus Evil. ”The Banner Saga 2 just became a much bigger game with the core experience already lauded as one of 2016’s best games and now this new, free game mode included. We hope to get this update in the console launch later this Summer as well as make it a part of our mobile experience.”

The free Survival Mode is available now for Banner Saga 2 owners on PC and Mac.