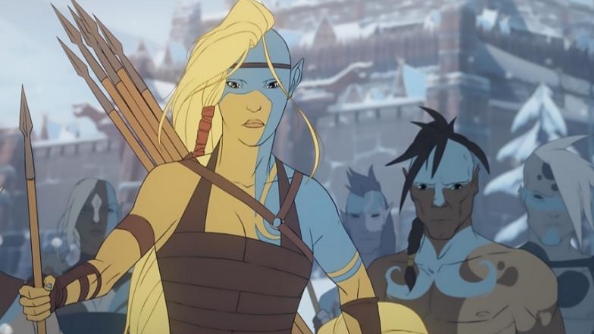 The Banner Saga 2, sequel to one of the more notable indie releases of the past few years, will release April 19th on PC. Accompanying it will be days of fanfare at PAX East, where developer Stoic will celebrate the release of the game with panels, hand-on time, and even cosplay.

While not on our list, The Banner Saga is certainly one of the best indie games on PC.

The April 19th PC release date comes months in advance of the console launch, which isn’t due until the summer. PAX East will then take place 22-24th April, where Banner Saga fans can meet Stoic and play the new game at Versus Evil booth #10081 in the main hall.

Prizes will be handed out to Banner Saga cosplayers, and there will even be a photobooth with a scene from the game where people in dress can get an authentic photograph.

Are you planning to attend PAX East? Or will you be staying at home to play The Banner Saga 2 instead?