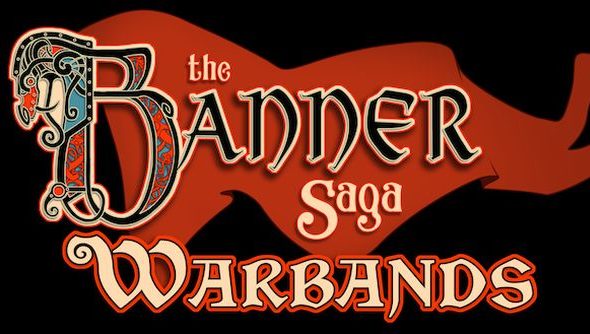 First Gygax pulled the table top RPG out of the great games volcano and spread it across the world. Then video games came along and took his ideas into a digital form. Then the board games rose using modern technology and years of game design from both spheres to make incredibly diverse marvels. Then the video games took from those and modeled after their turn based and systems-driven combat. Now those video games will have board games made from them. The circle spins, the snake devours its tail, The Banner Saga: Warbands is announced, developed by Stoic and MegaCon Games with a Kickstarter campaign later this year.

The unfortunately named MegaCon Games are Kickstarter veterans, having done three campaigns so far all finishing up at just under a million dollars each. Their first was Myth, a fantasy dungeon crawler, which hit its goal in April of 2013. MERCS: Recon came a year later and was equally successful, though is still to be released. This year they created an expansion to Myth, Journeyman, which also hit its goal and then some. Based on some quick googling, Myth had some serious rules issues that are yet to be fixed and the wait for Recon has been much longer than anticipated. You can see community voted ratings for their games over on BoardGameGeek.

Also via BGG, this thread has some impressions on how Warbands is being presented at GenCon, where it was unveiled. Poster MM had this to say:

“Looking at the presser for Banner Saga and some of the other content in the booth, it appears that this game is pretty far along from a production standpoint. Most booth employees are drawing people’s attention to the announcement and is clearly an important future IP for MegaCon.”

It may seem odd that the game is far along and yet a Kickstarter is planned, but the platform has been so successful for board games it is almost a defacto pre-ordering method now. The companies that have had success there are hitting upwards of 1,000% of their goal every time, with the really successful getting to millions of dollars and massively improved games (that do, naturally, take many years to come to fruition). The hype, feedback and additional funds generated via a Kickstarter vs. traditional methods make up, I assume, for the additional fees.

No details on what the game will feature or how it will tie into the game yet.