With Wasteland 2 wrapped and the bulk of the studio now heads-down on their Torment sequel, a tiny team have begun production on a follow-up to the Bard’s Tale trilogy – which finished in 1988 under Fargo’s direction at Interplay.

The Bard’s Tale IV is not isometric. It’s not a sprawling, literary adventure across strange lands. It’ll instead be a first-person dungeon crawl, like its namesake. The Bard’s Tale had a far narrower scope than Wasteland – and InXile will keep it that way with an adventure that promises to be both intricate and deep. Bedrock deep. 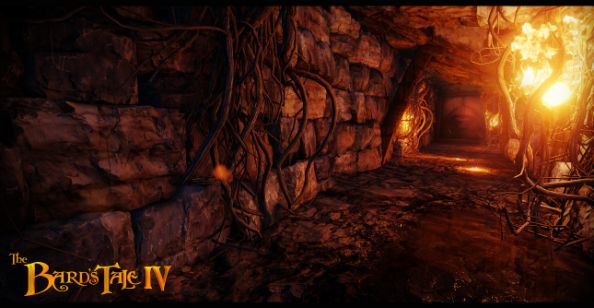 You’ll build a six-strong party of adventurers – creating bards, magic-users and thieves from scratch. But in the time-honoured tradition of dungeon crawling, they’ll share just one pair of legs – exploring maze-like environments as a congealed mass behind the camera. Whether that party will appear in battle as portraits or fully-rendered characters is a question of budget, to be settled by the Kickstarter campaign InXile will launch on June 2nd.

The game will snap to a grid for combat which some might call turn-based, but which Brian Fargo calls phase-based – a back and forth exchange of blows and buffs that sees the player cycle systematically through each of their party members. By the time the sixth gets to throw a punch, they might be facing an entirely changed situation.

“You may tell person number one to do whatever he does,” explained Fargo. “But something’s going to happen over the other side of the board which is going to affect what you tell the person in slot number two to do.” 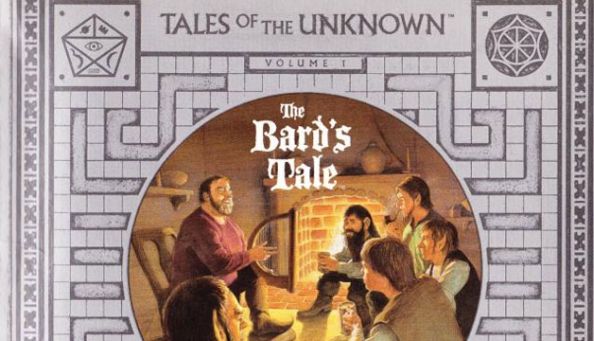 Players aren’t forced to keep to 90-degree angles during exploration – they can unhinge themselves from the grid and stretch their necks in all the ways contemporary first-person games have taught us to expect. But InXile’s environments will be designed at severe right angles, in accordance with the limitations they’ve set themselves.

“The grid does force us to design it a certain way,” said Fargo. “There’s a pureness to it, and a quick understanding of things which is nice. When I’m exploring a world that’s more structured, it’s easier for me to put it together in my head.”

While The Bard’s Tale IV will feature plenty of NPCs and a certain amount of civilisation, it’ll be predominantly subterranean. InXile have set the game around 160 years after the events of the first Bard’s Tale, and in a poetic touch the original city of Skara Brae is now one level down – a ruin buried beneath another, newer metropolis. For inspiration, the team visited Mary King’s Close in Edinburgh – a warren of 17th century streets found beneath the Royal Mile.* 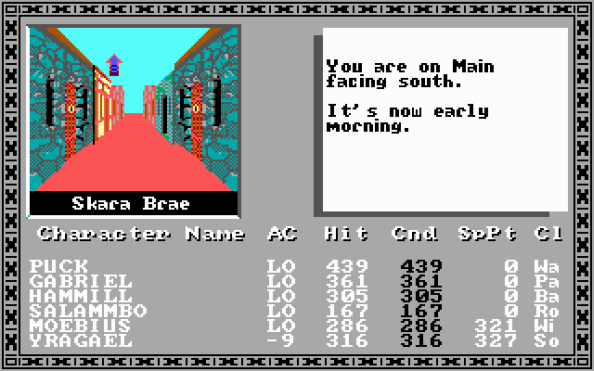 Below the new city, players will find further dungeons, including recognisable locations from the trilogy. That network of caverns will be home to secret doors, and buttons that click but offer no immediate explanation of their function. It’ll house unlabelled teleporters, and areas of total darkness. Levels will be built one on top of the other and make spatial sense, to the extent that falling through a trapdoor will plant you in the logically-appropriate space on the floor below.

Fargo expects that some players will want to map them out on graph paper, “down to a square”.

“You have your smaller puzzles that are right there in the room, but then you have this macro puzzle of how the design of the dungeons are,” he said.

The grid-based conundrums of Legend of Grimrock spring to mind, and Fargo says he’s appreciated the design of more recent attempts at the genre – but believes there hasn’t been a “big, ambitious attempt at doing the dungeon crawl in some time.” 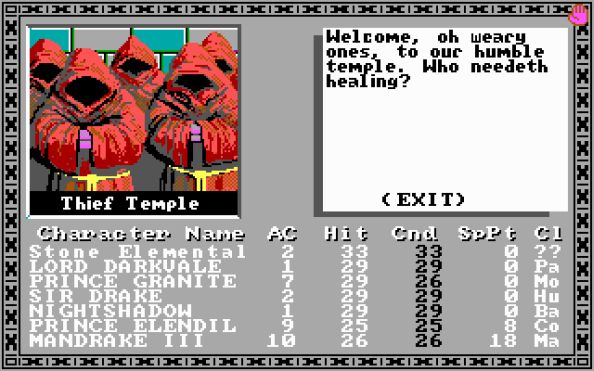 The only contemporary influence he cites by name is The Room – the tactile puzzler about feeling your way into sealed tomes or locked cabinets (“That kind of physical manipulation of the world, I think they did an excellent job”). InXile want some of the same interactivity for The Bard’s Tale, with optional puzzles and riddles that’ll reward patient players with better gear.

That philosophy will extend to item design. Fargo imagines a perfectly ordinary sword you might carry in your inventory for most of the game – until you happen notice a latch on its hilt which, when flipped, causes it to set aflame.

“That constant discovery, within the environment and in your inventory, I think there’s lots of things to be done with that,” he said.

InXile have clearly enjoyed conceiving a smaller scale adventure, after the overland rambling of Wasteland 2 and Torment: Tides of Numenera – the latter of which Fargo claims holds “more words than the Holy Bible”.

“If you have 30 hours of readable content, that’s like making 20 movies back to back and having them all work together,” he said. “With Bard’s Tale it’s lighter on that kind of heavy fiction, but more on the discovery of things yourself.”

*The Bard’s Tale’s Scottish streak continues with a Gaelic soundtrack and placenames sourced from the Orkney Islands. 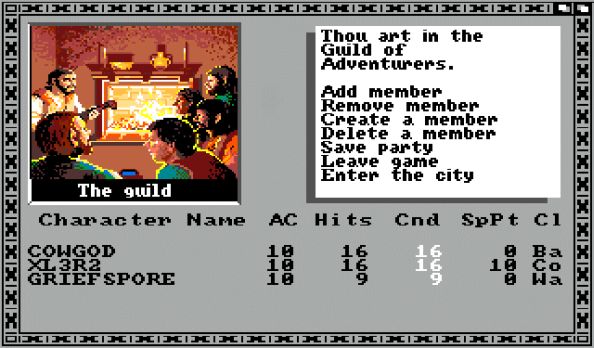 InXile are finding that the relative simplicity of their new game works to their advantage. Where Wasteland 2 ran on Unity and Torment licensed the Pillars of Eternity engine, The Bard’s Tale will build on Unreal Engine 4 – and the studio are able to go deeper and prettier with their environments than they have before.

“Oftentimes you end up having to give up a lot of your bandwidth to multiplayer, or AI, or 40 guys running around the screen,” said Fargo. “The beauty of this kind of thing is that I’ve got all the horsepower to myself.”

That means particle effects, flowing hair and rippling fabric all at “full tilt” as the player moves through a dungeon. And InXile are using the same photogrammetry techniques employed in The Vanishing of Ethan Carter to import objects into the game – capturing old tombstones with their moss and worn letters intact.

“Visually, it can be a masterpiece,” said Fargo.

The Bard’s Tale IV is mostly ideas and potential at this point, as Torment was when it hit Kickstarter. InXile have their vision document, and the next stage will be to hash out the combat system with “basically stick figures”. A tight group of three or four developers, including Wasteland 2 lead Chris Keenan and art director Maxx Kaufman, are ensuring they’ll have something for the bulk of the company to work on when they roll over from Tides of Numenera. 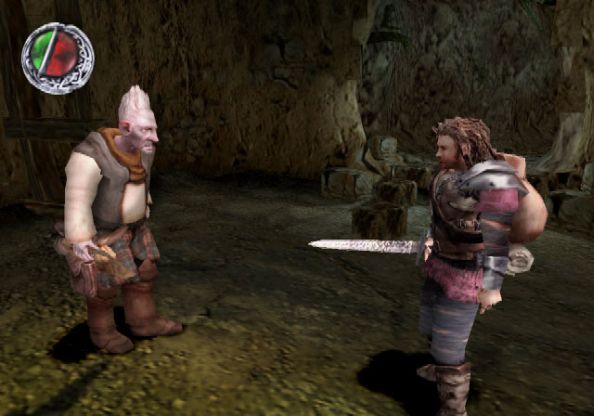 This is not the first time InXile have rebooted The Bard’s Tale. In 2004, without the rights to use locations like Skara Brae, they made a game that couldn’t have been more different. With controller-friendly hack ‘n’ slash combat in the vein of Baldur’s Gate: Dark Alliance, a pre-set character and a plot that sent up classic fantasy, it now seems emblematic of the struggle that was getting RPGs made a decade ago.

Its protagonist, a snarky Bard inspired by Fargo’s quest encounters with too many rats in too many cellars, acted like he’d played too many RPGs in an industry that clearly felt it didn’t need any more.

“There was no way I was going to get anybody to finance a PC role-playing game,” remembered Fargo. “It had to be more action, console-oriented.

“It was this elevator pitch stuff that you had to do. I was trying to do some straight-up role-playing games, and I couldn’t have people yawn more at me.”

Fargo is still fond of the game InXile compromised on a decade ago, which recently enjoyed a second wind on iOS and Android. But he’s happy to fence it off as a “universe unto itself”. It’ll have very little influence on the new game – a proper sequel. Fargo invites a comparison: if he is Mad Max creator George Miller, then The Bard’s Tale IV is his Fury Road. 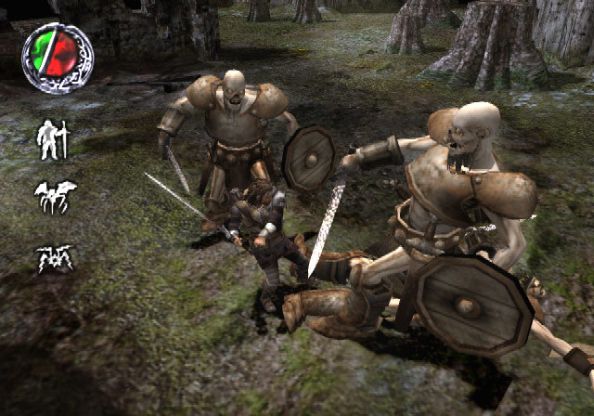 “Bard’s Tale is about as close to my heart as you can get,” he said. “It really launched me and Interplay onto the scene.”

But this isn’t simply personal wish fulfillment. In its day, The Bard’s Tale vastly outsold the original Wasteland and Planescape Torment. And even since the hugely successful Wasteland 2, InXile have fielded more requests to make another Bard’s Tale than anything else.

When the studio return to Kickstarter to bottle enthusiasm for a third time, they’ll be asking for $1.25 million – a figure they’ll match themselves, and which at a minimum would put them within the same budget ballpark as Wasteland 2.

It’s a long way up – but if they can make it, they’ll be able to dig a long way down. Long live the dungeon crawl.