Other than a series of tweets, a few scattered screenshots and the glowing praise of some other developers who helped beta test it, we know very little about The Beginner’s Guide. I’m guessing that’s kind of the point.

Why else reveal a game two days before you launch it?

Accompanying this refreshingly short announcement is a teaser site that has nothing on it, which I have a feeling is also kind of the point. The art that’s been shown is very abstract, so it seems thematically coherent, at least.

The Beginner’s Guide will be an exploration game, but it’s safe to say there will be a little more to it then that with it coming from the writer of The Stanley Parable. 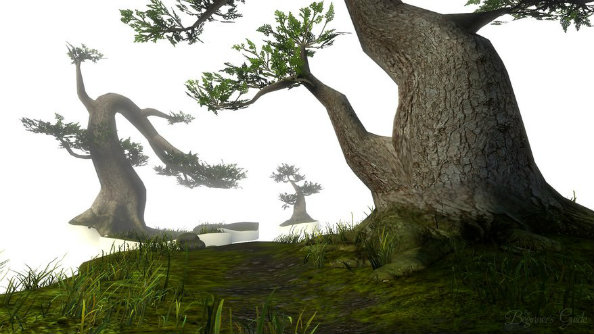 One person who has played it says it nearly brought them to tears. Another said it felt like their brain “blue screened“. Make of that what you will.

We also know that William Pugh, co creator of The Stanley Parable, didn’t have a hand in its development, as he is currently working on his own projects. It will be interesting to see what this actually is. Looking forward to ‘blue screening’ my brain.