There’s a Binding of Isaac ARG going on and, perhaps unsurprisingly if you’ve played the game, it’s already gotten mighty weird. The latest expansion to the game, Afterbirth, came out a few weeks back and this seems to be hinting at whatever will be coming next, be it smaller DLC or another full expansion.

Prefer your entertainment digital and in this reality? Here’s the best PC games.

There’s a good summary post on Reddit, which is where it all kicked off in the past 24 hours. Tweets from game designer and creator Edmund McMillen have been hinting at ~things~ for a while, but in the last 24 hours someone managed to translate the meaning of this image from the game’s achivements: 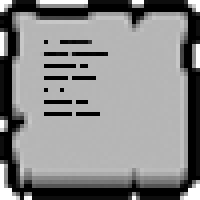 The spacing of the pixels indicated numbers, which became ASCII code, which translated to a text string which was the latter part of this Imgur link. Still with us? Further tweets from Ed lead people to explore the real world Santa Cruz boardwalk, where missing posters similar to ones in the game were found. Using numbers sources from various places, a US telephone number was discovered that, when called, played a mysterious message, half of which was backwards. Translated, it said “Hello Isaac, I’m your father, I know what you came for, but I need to hear you ask me.”

That’s roughly as far as it has gotten, beyond more teasing from Ed and lots of people playing with sound files, trying out an update that just launched for the game and debating if a couple of recent bugs introduced are deliberate. The numbers 109 keep popping up, including on Ed’s twitter bio. Tin foil hats are well and truly on. If you want to keep up with it, an IRC channel has been set up via Reddit, as well as a live thread. Whether this is rounding down in the next few hours or will be weeks until completion, we’re not sure.