FMV games don’t have the best reputation, historically. No one talks about Phantasmagoria or Slam City with Scottie Pippen in the same reverent tones as Half-Life, do they? But two decades on from the live action explosion that birthed so many flimsy horrors and broken adventures, Splendy Games’ The Bunker treats FMV as a stylistic choice in a way its predecessors never could. Mechanically it functions just like a Telltale or a Double Fine production: there’s none of that ‘First the puzzle, then the pixellated video payoff’ feedback loop from FMV gaming’s first wave. What the Bunker has to layer on top of its mechanics is real human drama.

Like your adventures riddled with bullets? Try the best FPS games PC gaming has to offer.

Like The Chinese Room’s Everybody’s Gone to the Rapture, it’s a singular pleasure to behold for British gamers. The late 1980s nuclear bunker it takes its name and setting from is an unsettling and alien environment, but the awkwardness and gentle optimism of John, the sole survivor of a nuclear attack that destroyed England, is warmly familiar.

John survives, alone in that unsettling and alien home of his, by sticking to the routine his mother taught him. It’s not a routine that has much in common with the broader landscape of post-apocalypse gaming; it’s more about canned foods and not venturing downstairs than grizzled mercenaries roaming dusty roads. There’s something very British about that, too – how low-key this end of the world feels. 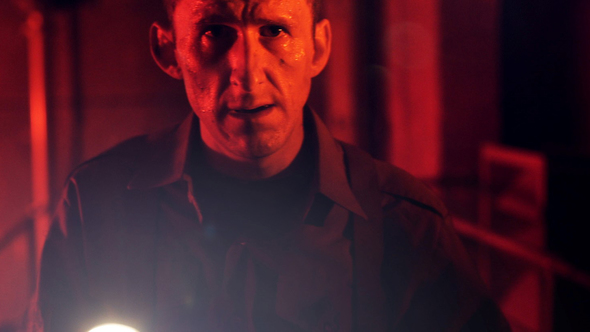 Playing John is Adam Brown, the recognisable face of Ori in Peter Jackson’s Hobbit trilogy. Whether he knew it at the time or not, agreeing to portray the playable protagonist in a quietly pioneering videogame project was a brave decision. And his efforts pay off. Brown conveys a human presence on screen without dominating it. He melts into the background when the game calls for your attention to be directed to the environment, and produces moments of emotion that the cast of Phantasmagoria could never hope to emulate in a thousand years.

Not that we have many points of comparison in gaming. Viva Seifert delivers a memorable turn in Her Story, but the demands placed upon her aren’t as extreme. Shawn Ashmore brings Hollywood chops to Quantum Break, but there’s a level of polygonal abstraction for him to hide behind. John carries the game on his shoulders in a way that’s unprecedented.

However, producer Simon Sparks notes that during production it was the crew, with their film and TV experience, who had a tougher time adjusting to this game’s production demands than the cast: “We’d tell them, ‘Well this [scene] is kind of like an option. You’ve opened the drawer and put that object back in, but if you’ve got to open the drawer again, you might not have that thing you had in it, so could you put it back to the same place?'” 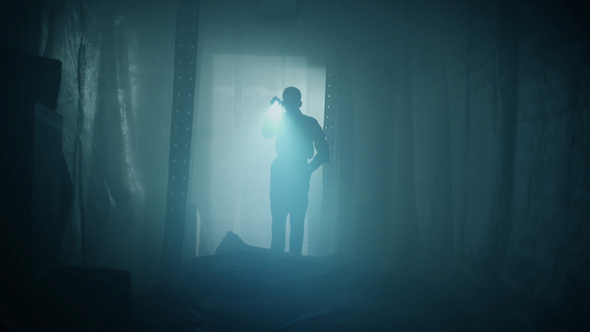 “Now we’re here in the next scene and the alarm’s on, and [the crew] like ‘Why?’ And it’s like, ‘Well, later on there’s an alarm that goes off, but that only happens if you do this.’ It’s all those things where you’re telling them where and why things are on the story map.”

Those are the bits you don’t think about when you’re playing The Bunker – the live action shots of John opening drawers and rifling through medicine cabinets. They don’t overtly impress like a well-acted story scene might, but when you stop and think about it, it’s these components that prove more important to The Bunker’s success.

It’s all the hum-drum shots of computer terminals and containers, of corridors and store rooms that you recognise from elsewhere in the adventure genre, they’re the bits actually holding together the gameplay. But here they’re real spaces filled with tangible objects. And they’re not awkward to interact with – imagine that. You’ve got a real actor standing there, and you need him to go and open a drawer. He goes and does it, in a way that never breaks the sense that you’re playing a game and controlling a character. It sounds like the faintest of praise, but the effect is eerie in its accomplishment. 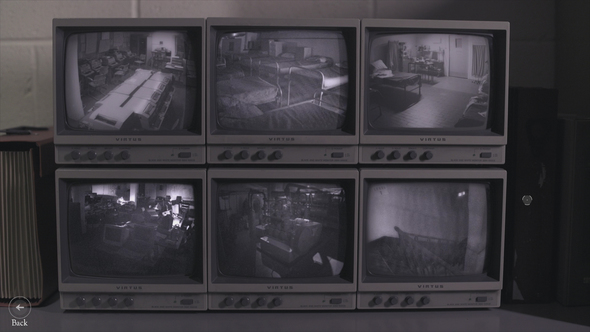 Sparks and director Allan Plenderleith describe moments of genuine emotion among both cast and crew during filming – “One of the actor’s ended crying at the end, it just really got to them,” Plenderleith tells me. It sounds a bit far-fetched until you play The Bunker and let its tone get under your skin. After half an hour with the game, you can imagine how it might have been emotionally challenging to come down into disused nuclear bunker somewhere undernearth Essex and tell the story of the last man alive, still reading Bible verses every evening to his long-dead mother at her bedside.

It might not have worked if the Splendy team hadn’t secured this locale for filming. “We started off just looking for a really unique location, because obviously when you’re filming live action, that’s our game,” says Plenderleith. “That’s our levels.”

In fact, the location itself played a part in the script and setting. “The story, initially, was just about a man who didn’t know where he was, but he just had to escape” says Plenderleith. “That was way, way early on. Then we discovered the bunker and my brain just went crazy. Rather than trying to change the location and make it sci fi, we decided to just make it period.” 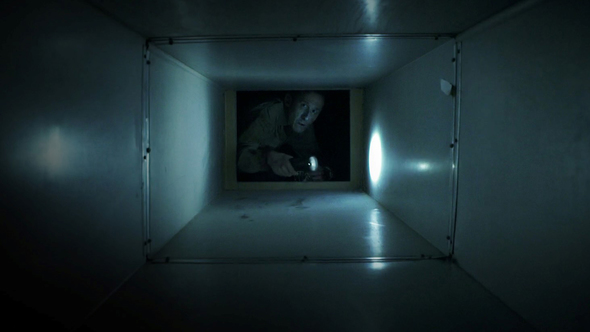 The items left behind in the real bunker determined that the game would be set in 1986, he continues. “We used what’s there, everything that’s there – it’s wonderful – they had all the old commodore computers and telefax machines and all of this stuff, so much you can use.”

The end result is a story you can believe, despite its catastrophic backdrop. The interactive elements I played in its opening half-hour were non-taxing, and if there are complex Myst-esque puzzles lurking further within, I didn’t find them. The emphasis seems to be conveying a sense of time and place, putting you in John’s headspace, and building a sense of dread about the unexplored levels of this huge military space he’s spent his entire life in but never ventured into. And it’s a story told with the confidence of industry veterans: “I worked with Steve Ince who did Broken Sword and The Witcher,” says Plenderleith, “and Ian Thomas who worked on SOMA.”

You’d be missing out on something strange and singular on the adventure game landscape if you swerved The Bunker on the basis of the nineties FMV games it shares nothing but the most tenuous similarities with. It’s available on Steam today.