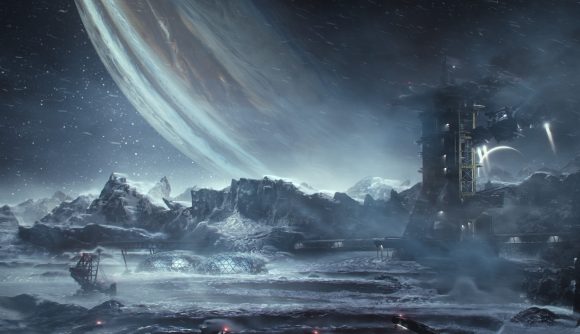 Among the many announcements at this years The Game Awards was The Callisto Protocol, the debut game from developer Striking Distance Studios. It’s a horror game set in the PUBG universe (no, really), headed by the creator of Dead Space, and he’s not playing coy about what the team’s trying to achieve.

Speaking to IGN after the announcement, Glen Schofield, CEO of Striking Distance Studios, and creator and producer of the Dead Space series, spoke of his aspirations for returning to space-based survival games. “We’re trying to make you really feel like you’re in this world. Even though it’s you escaping from this prison and you’ve got to survive these unthinkable horrors,” He said. “The more you are immersed, the more you want to know about that story, the more you want to know about those little hints that we put around. You’re like, ‘What the heck is that about? What is this mystery?’”

Coming off Dead Space, widely considered one of the better survival horrors in general, many developers might feel daunted. Not Schofield, who’s embracing the challenge of bringing that grimdark magic up to current generation hardware. “All I can say is… that my goal and the goal of the team is to make the scariest game on next-gen platforms,” He says. “So if that’s what you want to play, that’s what we’re bringing.”

The Callisto Protocol shares a lot of conceptual ideas with Dead Space. It’s set on a prison colony on Jupiter’s moon Callisto, and the reveal trailer shows creepy AI, weird alien monsters, and someone ominously watching a prisoner get murdered through security cameras.

So far, the only explicit PUBG connection is that this is all 300 years into the future of current happenings in the battle royale game. Striking Distance Studios was founded as part of PUBG Corp last year. Schofield left EA and Visceral Games after the first Dead Space, and worked on a  number of Call of Duty games for Activision, before now returning to sci-fi terror.

You can watch the announcement below, where at the end Schofield assures everyone this will be a pure, single-player survival horror:

The Callisto Protocol will release sometime in 2022. Some other major The Game Awards headlines include a teaser for Mass Effect 5, a sliver of new footage for Dragon Age 4, the Yakuza Collection and Yakuza 6 coming to PC next year, and Vin Diesel in Ark 2.