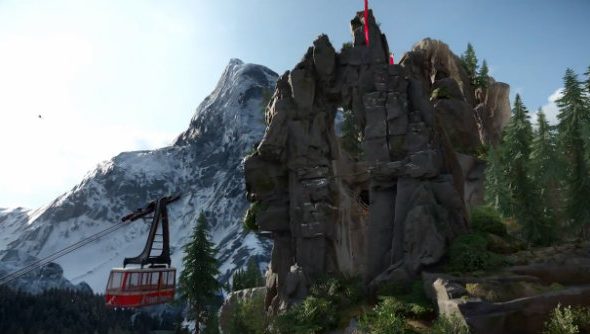 Oculus Rift co-founder Palmer Luckey has responded to recent criticism aimed at Oculus exclusivity deals. It’s a valid concern, as how many people can really afford to buy a VR-capable PC, as well as each of the big headsets, just to play all the games they’re interested in?

Why not feast your eyes on our list of the best VR games so far.

The problem with putting exclusive games on VR headsets is pretty simple: virtual reality goggles aren’t a gaming platform. Imagine if you could only buy certain games with certain monitors. It’s insane.

Luckey says this isn’t the case, however. Somehow this business tactic is good for the industry, he claims.

“You see Sony investing in their content the same way,” explained Luckey, via Tech Crunch. “They want to make things that take advantage of their features that they have in the best way possible. Over time, that’s how the VR industry is going to move forward. In the short‑term and the long‑term, it’s good.

“The short‑term pain that some people feel, and I totally understand, is I want to play this game and I’m not able to right now. The reality is, I can see where that’s painful for some people, but that doesn’t mean that it’s bad for the VR industry, or that it’s fragmenting it, or in the long run, it’s not the right way for the ecosystem to work.”

He didn’t explain why this wasn’t the case, unfortunately, moving on to talk about the company’s first-party stuff. “The Oculus Studio stuff is going to remain exclusive to the Oculus store and platform,” Luckey said. “That’s not to say that you’ll never be able to play it on other hardware, but it very much is exclusive to the Oculus platform.”

As for third-party stuff, Oculus will be opting for the timed exclusives model, it seems. “When you’re looking at some of these other things, where sometimes you have devs come to us and say, ‘Hey, we need help finishing our game,’ or ‘we want to make this game bigger and better,’ we ask if those guys launched on Oculus first if we’re going to help them fund that,” Luckey explained.

This statement follows Gabe Newell delivering another perspective on VR exclusives recently, saying “we don’t think exclusives are a good idea for customers or developers”.