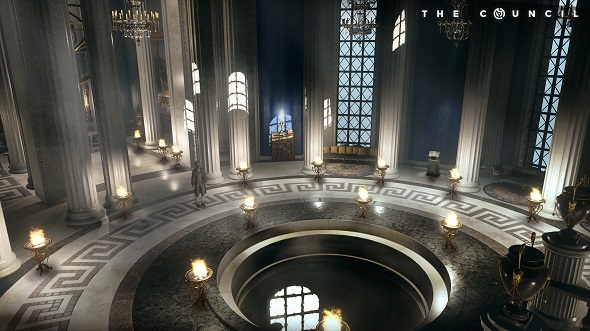 Eighteenth-century mystery adventure The Council’s second episode arrives this month, continuing the tale of Louis de Richet, a man stuck in an island mansion along with some of the era’s political luminaries, who it turns out are all creepy weirdos in their own ways.

It remains to be seen how The Council winds up, but here are our picks for the best adventure games on PC.

Episode Two is called Hide And Seek, and picks up where the first chapter left off, as de Richet continues to search for his missing mother Sarah while continuing to watch the repercussions of decisions made in Episode One.

The second episode opens up new areas of the mansion to explore, and there are new characters who will no doubt add to the game’s thickening intrigue.

Hide And Seek launches on all platforms May 17, but season pass holders will be able to dive in two days early, with the episode opening up to them May 15. Matt found the first episode to be surprisingly engaging, and called The Council “a special game” and “a real step forward for adventure gaming” when he looked at in March.

PC players can find The Council on Steam.