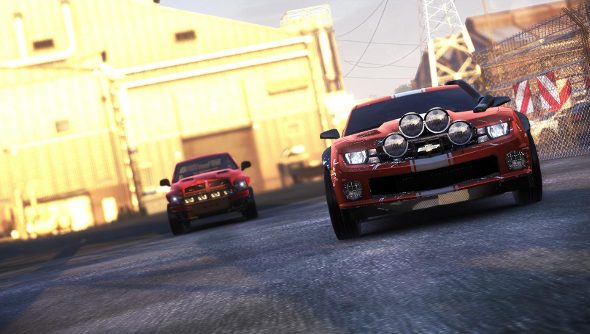 Over the last couple of days I’ve been vroom vrooming around the USA in Ubisoft and Ivory Tower’s The Crew. In the real world, I’m a trains and planes rather than an automobile kind of fellow, what with my lack of driving license and the cost of running a car. But that’s what games are for – living out fantasies, like driving all around America in a Mustang or a Dodge Charger, music blaring, cops chasing, skyscrapers and countryside rushing past my window.

I’ve been able to do all of this without any noticeable problems. My shiny muscle car hasn’t fallen through the road, to be swallowed up by the fiery pits of hell. A relaxing drive through farmland and forests hasn’t devolved into a hideous slideshow. And the servers haven’t exploded. All in all, The Crew has enjoyed one of the most hassle free launches of any Ubisoft game in bloody ages. 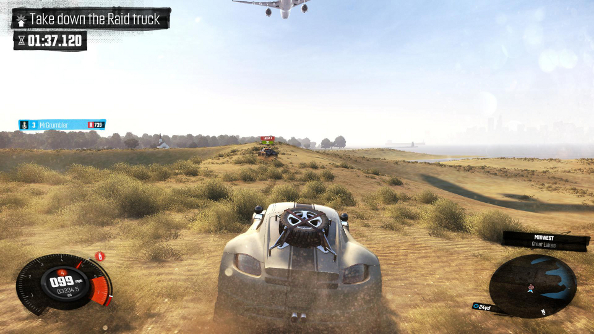 The Crew is big; massive, actually. But it’s not quite as vast as Ubisoft wants us to think. It’s America, a big chunk of a big continent, but it’s the broad strokes rather than the whole country with minute details. You won’t be able to find your house, you might not even be able to find your neighbourhood, but there’s a good chance you’ll see your city or two, and maybe a landmark or two.

The scale still manages to impress, though, and when the hand-holding and god awful story about some beardy fellow who has been framed for blah blah blah (it’s just horribly trite) isn’t getting in the way, it has that open road freedom that a driving MMO should promise.

When it launched, there were some server wobbles and folk struggled to find humans to play with, but that was quickly fixed and I haven’t found myself far from other players at any point. It feels busy, but not to the point where other people are getting in my way. I did, however, cause an NPC car to flip over, which resulted in a nasty accident involving three other players, so I am definitely getting in their way. 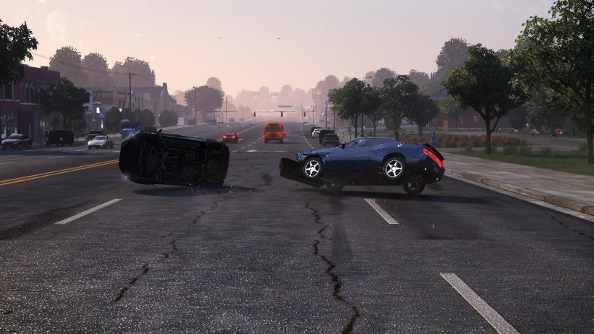 Ivory Tower should be commended on its menu. I rarely feel the need to gush about menus, but The Crew’s is great. It’s presented as the screen of your mobile phone, and pops up in the right hand side of the screen, and takes up very little real estate, while still being large enough so that there’s no loss of clarity. This is crucial for an MMO. And even while fiddling around with the menu, you still have some control over your vehicle.

Graphics options are respectable, allowing players to tweak nine different elements, including geometry, textures, environmental mapping, antialiasing and ambient occlusion, with ranges going from low (or off) to Ultra, or fancy Nvidia things like soft shadows and 4xTXAA. Changes are immediate, and don’t require you to reload the game. An FOV slider can be found, too, but it’s greyed out, even if you switch the view mode. There’s no in-game explanation for this, and it’s a bit of a cruel tease.

I can’t remember the last time I was able to get a completely stable frame rate of 60fps on a Ubisoft title, but in The Crew, that’s easily obtainable with my somewhat modest rig. The settings defaulted to the high preset, which is actually a mix of ultra and high settings with FXAA, and it never dipped below 60. For a racing game, this is obviously critical. 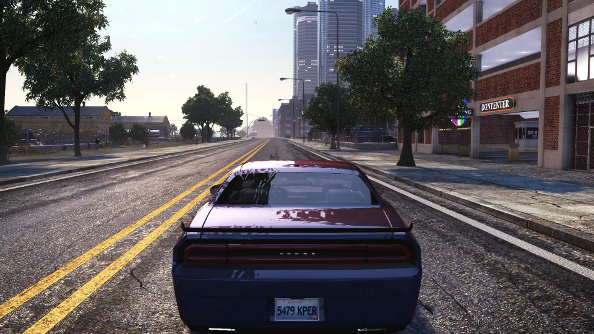 Cranking everything up to 11, with 4xTXAA and HBAO+ I was pleasantly surprised. There was a significant dip in the frame rate, but importantly, it was still very stable. I was getting around 47fps, with a high of 49 and a low of 45. That’s not much deviation at all. 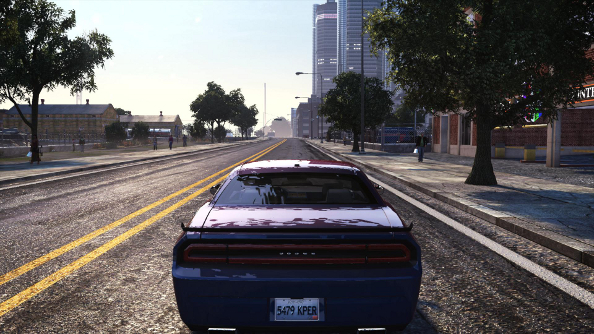 No doubt a much higher frame rate could be achieved by taking it down to medium or low settings, but the game doesn’t go any higher than 60fps. I really don’t think that will be an issue for most people, but if you’ve got a fancy g-sync monitor and a couple of GTX 980s, you’ll probably be a bit let down that you can’t really make the most out of them.

While the smooth performance is a welcome change from, say, Assassin’s Creed Unity, there’s a downside. The Crew is not a looker. Textures are a bit flat, despite there being a decent number of cards on the road, cities feel pretty dead, and generally it’s not going to stick in anyone’s memory. And since the focus for Ivory Tower was recreating a America, there’s no real art direction besides making it look kind of realistic. 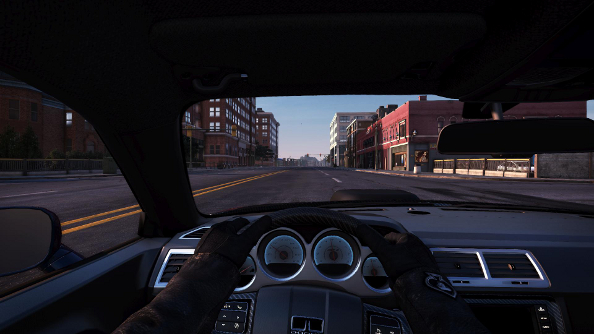 Customisable UI’s have become a thing in Ubisoft games lately, and The Crew continues this. The UI ain’t pretty, but you can remove it entirely. And, if you want the speedometer to stick around, or maybe the hideous chat box, then that’s okay, you can keep them plastered on your screen. Every element can be activated and deactivated, and the same goes for notifications.

The only thing you can’t get rid off, it seems, is the name cards of other players in your vicinity, or the notification that the police are watching you.

Controls, whether you are using a gamepad or a wheel, or, god forbid, a mouse and keyboard, are completely customisable. It’s unfortunately rare to see a game allowing you to rebind gamepad keys, but you can do it in The Crew. Sensitivity for steering and breaking can be tweaked, along with more advanced things like steering linearity, which changes the consistency of the steering arc. 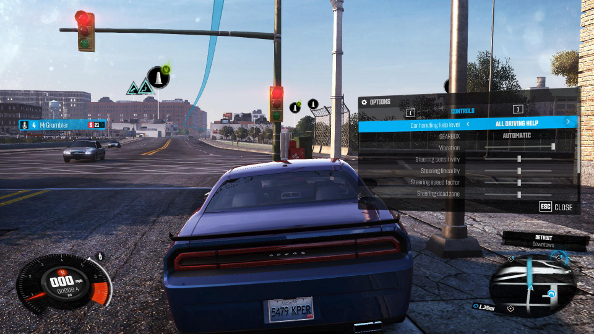 I confess, however, that I’ve yet to find a mix of settings I feel completely comfortable with, and I think that this might just be down to the very, very arcadey nature of the game. Cars are slippery and don’t have the sort of weight one would expect. They also react very strangely to collisions, sometimes flipping and spinning dramatically from minor bumps.

The Crew has more than its fair share of glaring flaws, from its shifty – and currently broken – microtransactions, its awkwardly forced story and it’s rather dreary missions, but I can’t fault the effort put into the PC port. If you have already decided to buy it, the PC version really should be the one you choose. But you might want to hold off, because a couple of us PCGamesN gents will be taking a road trip this week, where we’ll be looking at the game in greater detail.