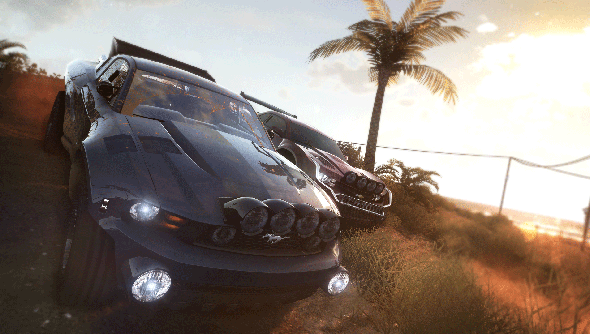 Ubisoft’s massive, North America-spanning open-world racer, The Crew, is being given away free on PC, for a limited time.

For more stuff for nothing, here’s our list of the best free games.

Ubisoft have been giving away free games every month since June, and they announced the next one last week via the Ubisoft Club Twitter account.

Continue the #Ubi30 celebrations with The Crew, available for free from September 14 on PC! #NeverDriveAlone pic.twitter.com/EYwdvmPKj3

Players can get The Crew for free on PC starting today, as part of Ubisoft’s 30th anniversary celebration. Just head to the Ubi30 site and click ‘Get Your Free Game on PC Now’ – follow the instructions and the racer is yours.

Games are only available for free for 30 days, but once you redeem them they’re yours to keep and play forever.

There are two more games planned on the promotion after The Crew.