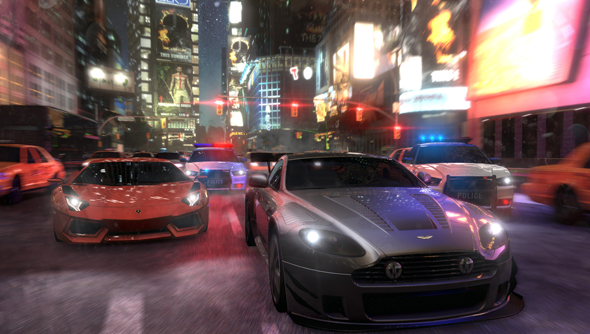 I don’t know much about cars but when I saw a video of a Bentley going over 550km/h in reverse on dirt my interest was piqued. After reading the Dummies Guide to Cars, interviewing my man at NSA, and sitting on a bench for an afternoon watching people through the holes I’d cut in my newspaper I had my answer: the video was of Ubisoft’s The Crew, not a real car.

What? It’s not supposed to go that fast in the game either? Oh, good thing Ubisoft have fixed that little bug in their most recent update.

The update even comes with its own trailer:

The Crew’s Speed live update adds a new elimination mode for PvP players and lets you play it on ten different circuits. There’s also four new faction missions to play through, too.

Less fun than the faster in reverse bug but no less important to fix is an issue where players were having all their stats reset. Unfortunately Ubisoft can’t restore the lost data, only assure players it won’t happen again.

That should no longer happen, unfortunately.