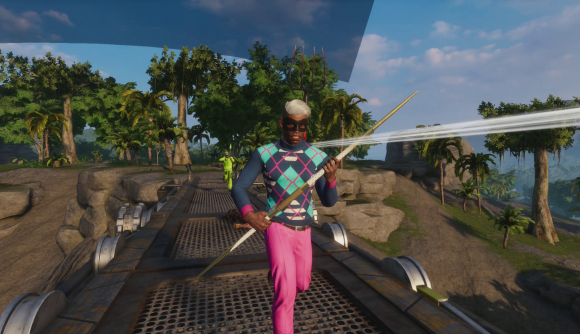 The Culling was the first standalone battle royale game, and its release heralded the arrival of the biggest trend in games for more than a decade. Its developers think we have plenty more to see from the genre, and they’re basing that on enthusiasm for the games and how that’s changed the way people talk with them about games.

“As a developer you get asked by people, ‘Hey, have you worked on anything that I’ve heard of’” said Josh Van Veld, the director of operations at Xaviant, the company that created The Culling. “It used to be they asked if you worked on Call of Duty, and now they ask if you’ve worked on Fortnite.”

Van Veld says battle royales have hit a similar point in popularity that rogue-likes did in recent years, and he thinks it’s at least partially due to elements that the two genres share.

“We’re entering the phase of fatigue for people where they’re kind of tired of hearing about that buzzword, or at least the intelligentsia of the gaming community is saying, ‘uhh, battle royale is so played out,’” he said. “I feel like it’s still this organism that is evolving and defining itself, and until the triple-A guys have really come in and established what they want to do, I don’t think that we’ve seen it jump the shark yet.”

That doesn’t automatically translate into success for anyone who tries their hand at battle royale, clearly. The Culling has struggled to stay afloat after Xaviant released the poorly-received sequel, and Van Veld spoke to us at length about the mistakes the studio made on the way to The Culling 2’s eventual collapse. The studio also watched with dismay as Boss Key’s Radical Heights foundered earlier this year.

“I think we looked at Radical Heights and hoped that it would succeed, because we were hoping that the high tide would float all the ships, and so it was tough to see that game not do enough for the studio to keep it open,” Van Veld said. “As developers, you want your game to succeed, but you never want to see somebody else’s studio fail.”

The next phase, Van Veld thinks, is what happens once the triple-A studios launch their own spins on battle royale. But right now, he agrees it’s Fortnite that presents the complete package.

“I was surprised to some extent, and still am, that we haven’t seen an IP-heavy battle royale yet, unless you want to say that’s what Call of Duty is doing [with Blackout],” he said. “I think Fortnite is developing their IP around their battle royale, and that’s really exciting to see.”